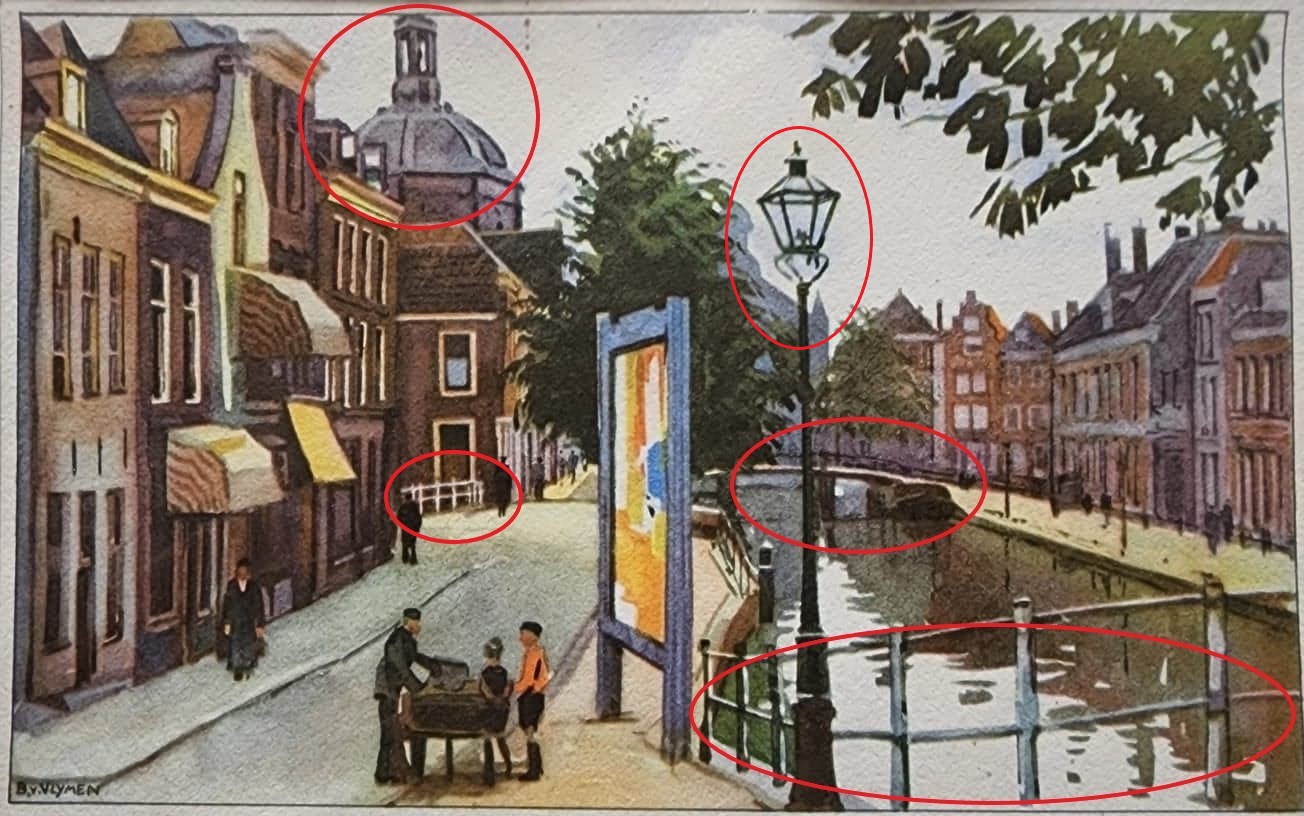 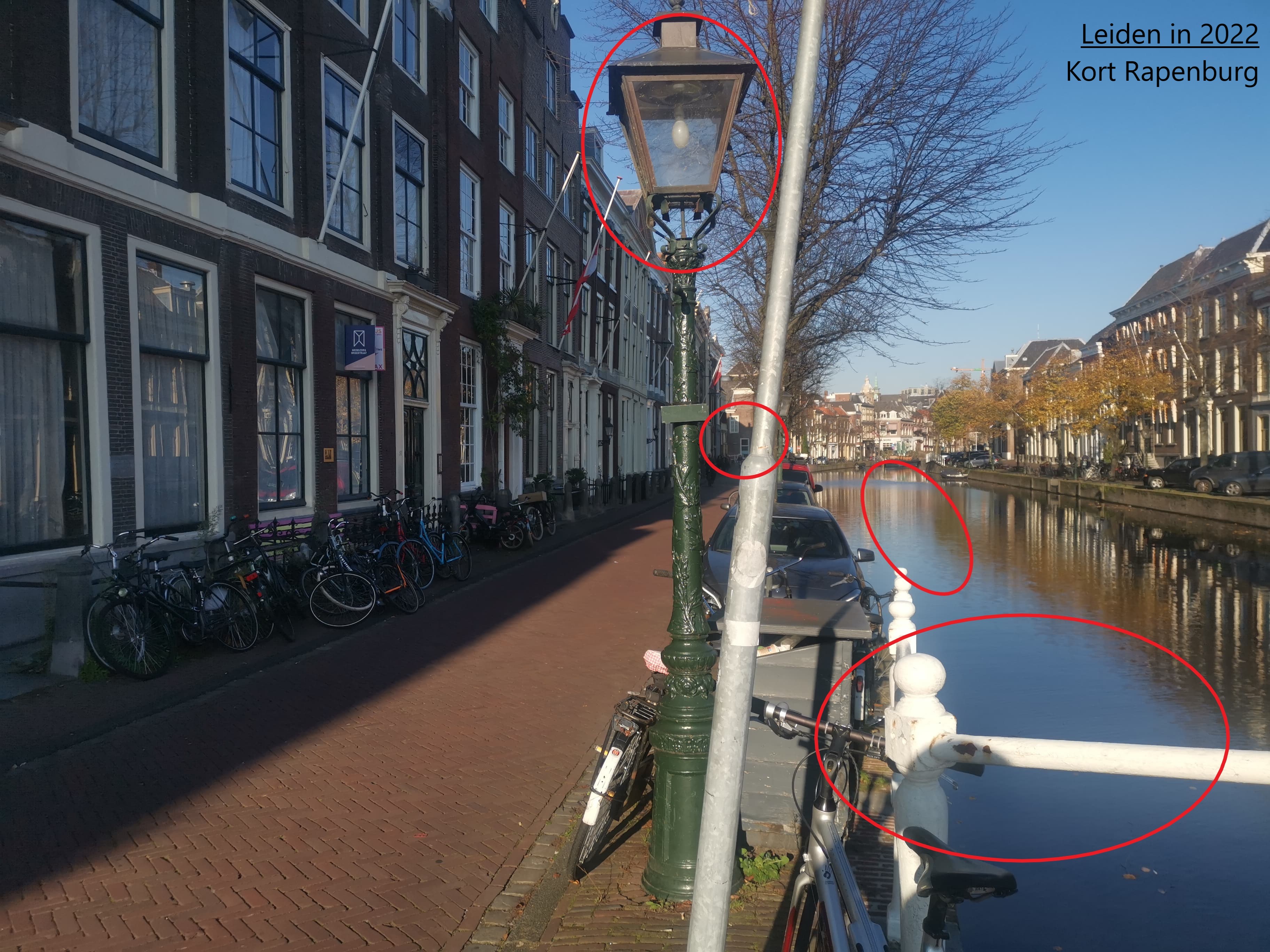 Having visited an antique convention in the Hague a few months ago, I found this postcard being sold that was labeled as being from Leiden. Supposedly a postcard of the city painted in 1934 by artist Bernard van Vlijmen (1895-1972) as indicated on the bottom left corner initials of B.V.Vlijmen, the watercolor art is drawn from the perspective of someone overlooking the cityscape, half of the painting being the city streets and its buildings with people walking by, and the other half being a canal, with everything being interconnected by bridges and walkways. From the way it was painted, it is shown in a first-person view, of the painter looking out towards the city.

It intrigued me due to the very view just outside the IIAS in Kort Rapenburg, which is included here as well. Initially I believed that they were one and the same, since it included a light post in the same area, as well as a bridge that looked out over the Rapenburg canal that veered off into small walkways along the Oude Singel.  The longer that I looked at the postcard however, I wondered what the tall building peeking out over the others was, and why it was not along this street today.

So if this was not of Rapenburg, I attempted to look for the most likely location this would have been painted from. I started with the large tower. Based on the history of the city, the only building that would as tall as that would be some sort of cathedral or city hall, based on its elaborate design compared to the rest of the architecture. This ended up being Marekerk, a Protestant cathedral northwest of Rapenburg. My third photograph, with the Oude Vest canal on the right and green railings in front of a distant Marekerk cathedral, was where I believed my search to be over. But looking at it today, it is very far from the nearest bridge, and there are no nearby pathways to signify smaller canals unlike in Rapenburg.

Vlijmen as an artist was well known for his paintings of cityscapes, and had traveled to many cities in the Netherlands such as Amsterdam, the Hague, and Nijmegen. While him travelling to Leiden is not necessarily out of the question, I wonder if Vlijmen wished for accuracy or simply painted notable landmarks within the city to identify it as Leiden?

Thanks for sharing your curiosity, now I am getting curious to spot where this painting was based on. I agree with you that the dome on the left is part of the Marekerk, did you see the big building block in the middle of the painting? i think it is the Hartebrugkerk on the Haarlemmerstraat. if I were correct, the view of the painting was from Korte Mare. An extra information, in the 1920, the lange mare was a channel, see the archieve map at https://www.erfgoedleiden.nl/collecties/beeldmateriaal/zoeken-in-beeldmateriaal/detail/a8736e8a-26bc-11e3-8119-3cd92befe4f8. In my humble understanding, the painting was based on a real scene (plein air called in the art world), however, I do believe that the artist had made some changes to ensure the composition worked for his work.

Looking back at Leiden: Where was this painting made?