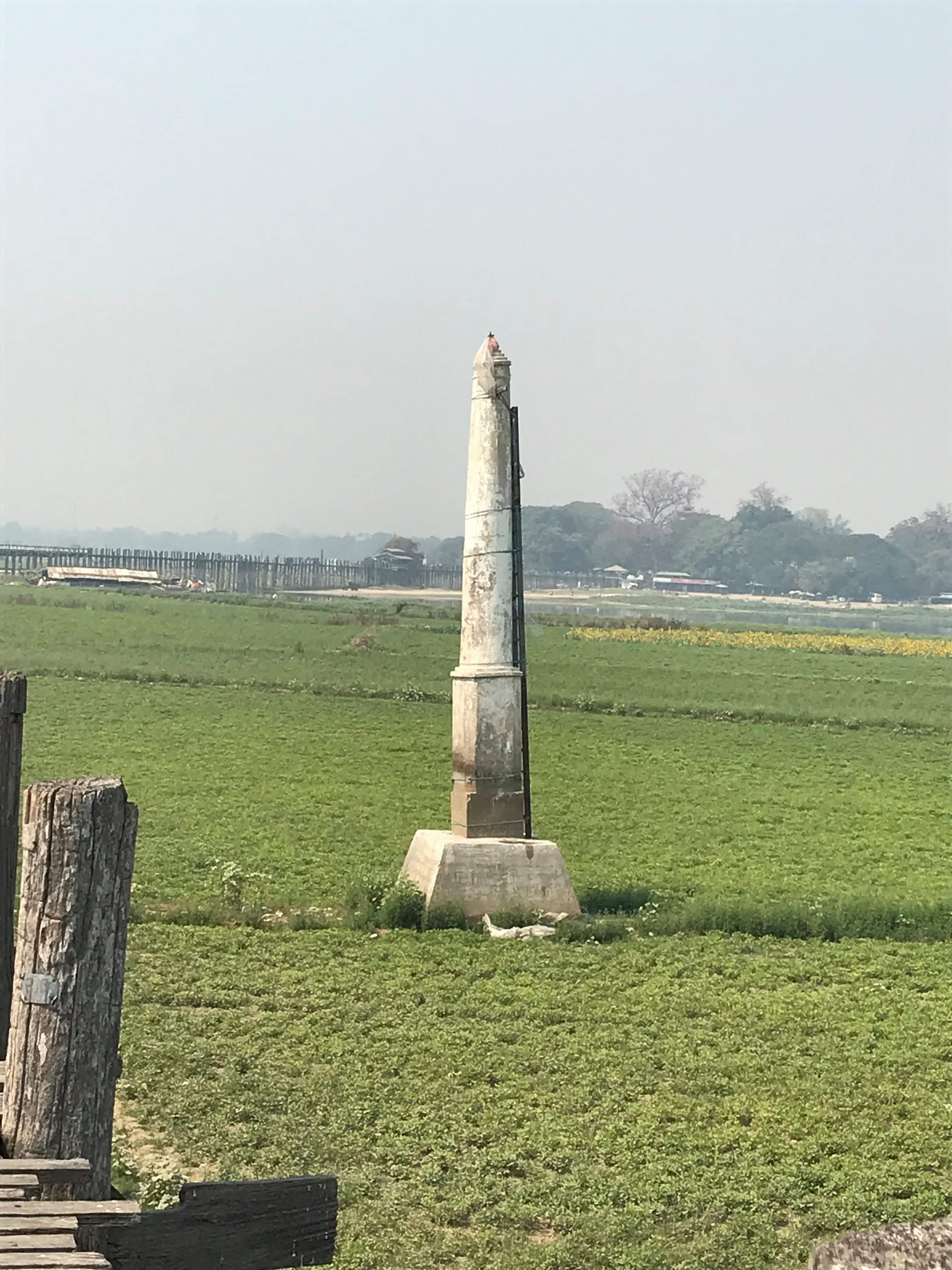 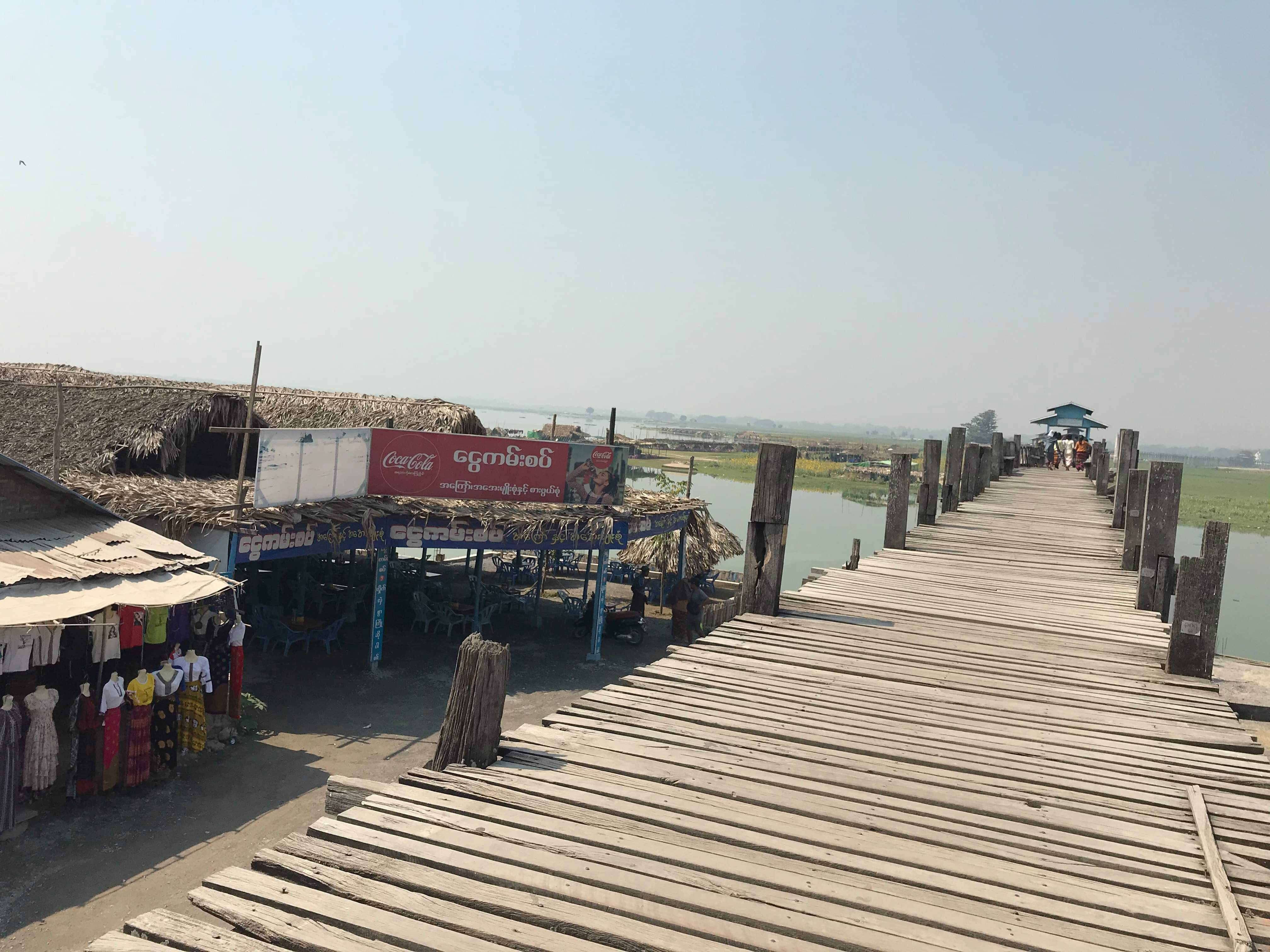 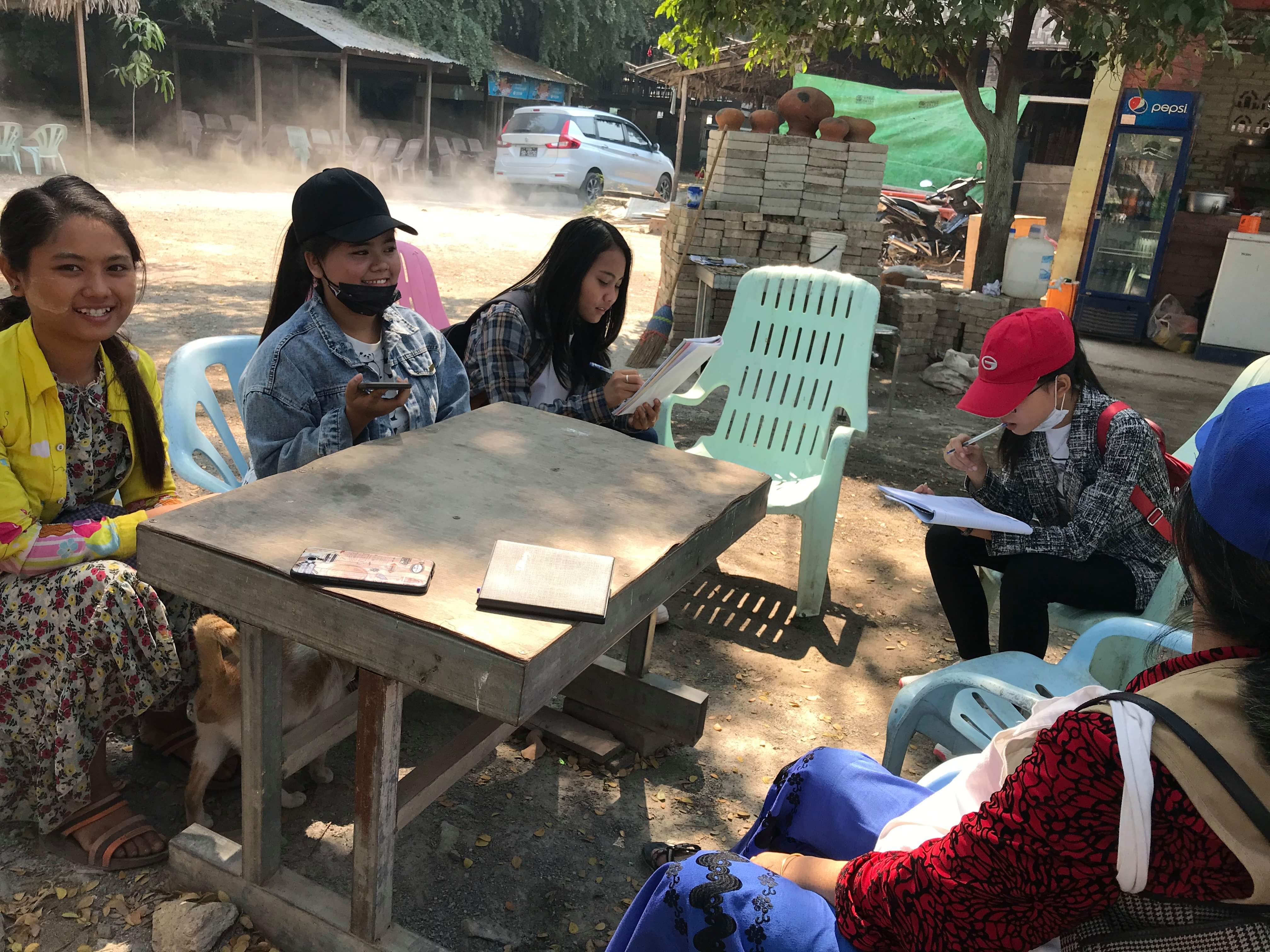 In (2019-2020) academic year, I teach general anthropology (Anth-1101) to first year students. My idea is to combine the classroom and field trip to show how the concepts of general anthropology that they learned in the class can be connected with "code words" outside of the class room, to begin to show them how to analyze field notes and connect them to theoretical concepts.

Meanwhile, our anthropology department has been arranging to find places related to (textile) weaving for “Reading Amarapura” program. Last week (in the middle of February), the students were led to visit to U-Pein Bridge situated near Taungthaman village by taxi. There are four groups shared labours to take photos, and to interview informants. Only the total hours to use in U Peing bridge was two hours were assigned and they have to run within the time frame.

After that, each group presented their data in the class with power points and other groups asked questions them compared with their experience. I asked the main objective of field trip to U Pein Bridge, “By what kinds of concept word could you connect with your code words that you keep from the field visit?”

From group I, a student said;

In U Pein Bridge, our group interviewed to a university student who is second year law student from Yadanabon University situated near U Peing Bridge. She explained an oral history which she learned from her grandparents.

“Taungthaman Bo Bo gyi who is the guardian spirit of the village that we believe. There was a pole established in the middle of the Bridge so that he was dead there and it is well known as Thet-pyauk-taing in local meaning. Since the ancient time, the village seemed like a forest even though it was named as village and it was not developed the Inn (Lake) like now. So, it seemed a condition more than stream and if we would like to go to another side we have to across the forest through the stream. Meanwhile the guardian spirit was bit by the tiger (Kyar in Myanmar language) and he was dead in there. So, the word name, “Kyar” has been never used in our daily life. Now we can say a little bit. Over the last time, someone came down from the Bridge and then he died in there that we noticed. Because the guardian spirit was dead in the middle of the Taungthaman inn and he always eat a person annually that we believe until now. The strangers who visited to the U Pein Bridge should not shower in taunghtaman inn because we believe that a person replaced with the former dead person in the Taungthaman inn. Even the villagers among two villages were dead in the same amount among both villages because the Taungthaman Inn is situated in the middle of Taungthaman village and Se-mee-htun village. Additionally, we believe omen that is if someone talked about wrong word which are like “Kyar”, they come down to the Taungthaman inn and most were dead. Someone does not believe it and talked it on the bridge. These relate to a concept word, “beliefs” that we learned in the class.