Skip to main content
A View of Multi-Story Buildings in Mehrauli, 2015. Photo by Vidhi Sharma

Located south of New Delhi, Mehrauli (from mehr-grace, auliya- saint) is one of the oldest continuously habited cities of Delhi. The Dramatic expansion of Mehrauli post independence has led to haphazard construction of built up spaces.

Located south of New Delhi, Mehrauli (from mehr-grace, auliya- saint) is one of the oldest continuously habited cities of Delhi. The 11th century ruins of Tomar Lal Kot, The Qutub Minar of the 12th Century, and the numerous stepwells, tombs, shrines and havelis tell stories of the city’s past.

The Dramatic expansion of Mehrauli post independence has led to haphazard construction of built up spaces. As the land is covered by impervious housing, roads and pavements, even moderate rainfall can no longer be absorbed by the soil, resulting in more local flash floods in the last two decades.

“The whole of Mehrauli was a jungle back then (during her childhood). This place where I am sitting (in Ward 1) was a thick jungle. My mother’s house was only 200 meters away from here, that area used to be a little populated.” – Sudha Sharma, 50s, Resident of Mehrauli 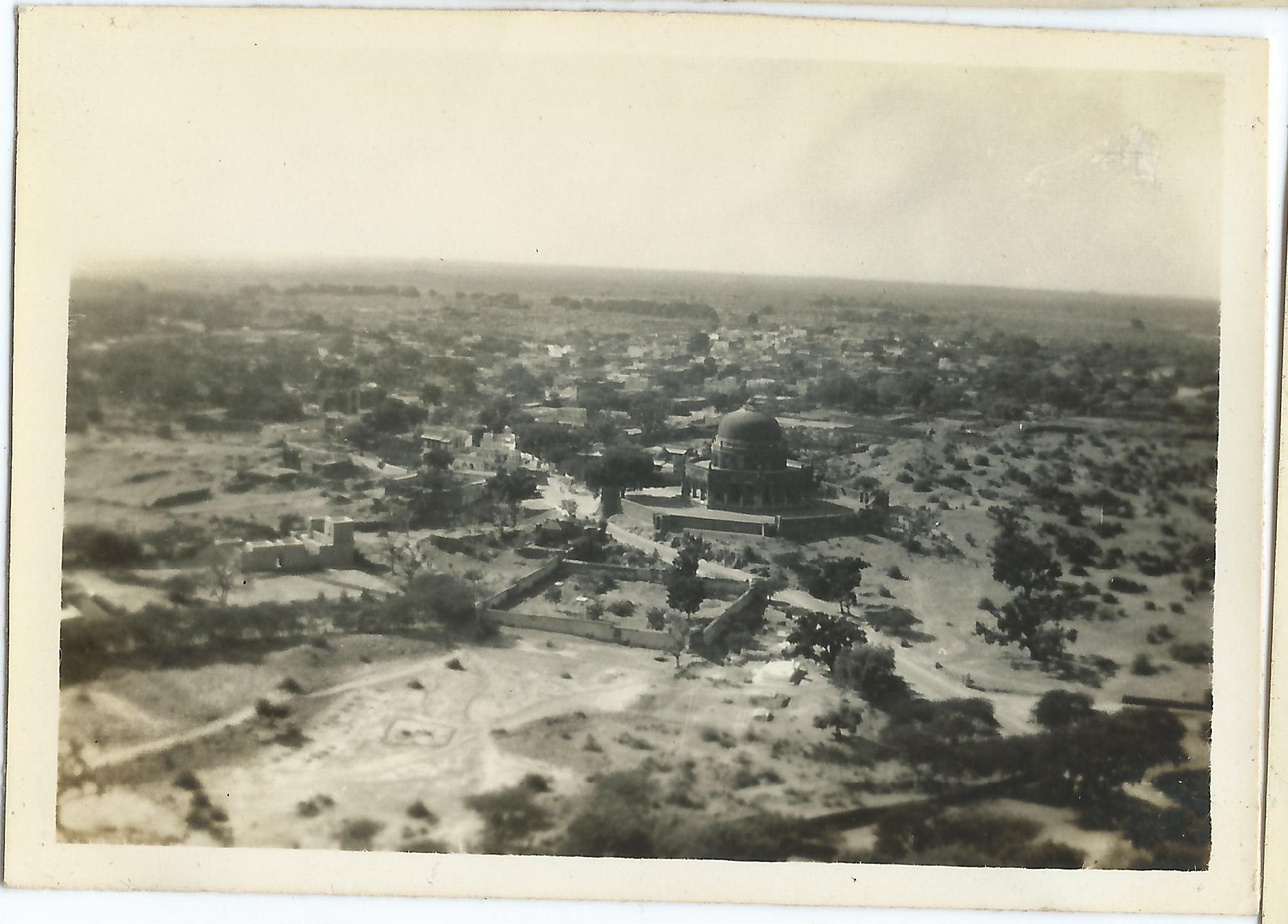 “Earlier there were only single story houses, people used to live in single story houses. Once their financial condition improved they built multi-story buildings and as and when their kids grew up they felt the need to build a house for them as well…” – Anil, 50, Resident of Mehrauli 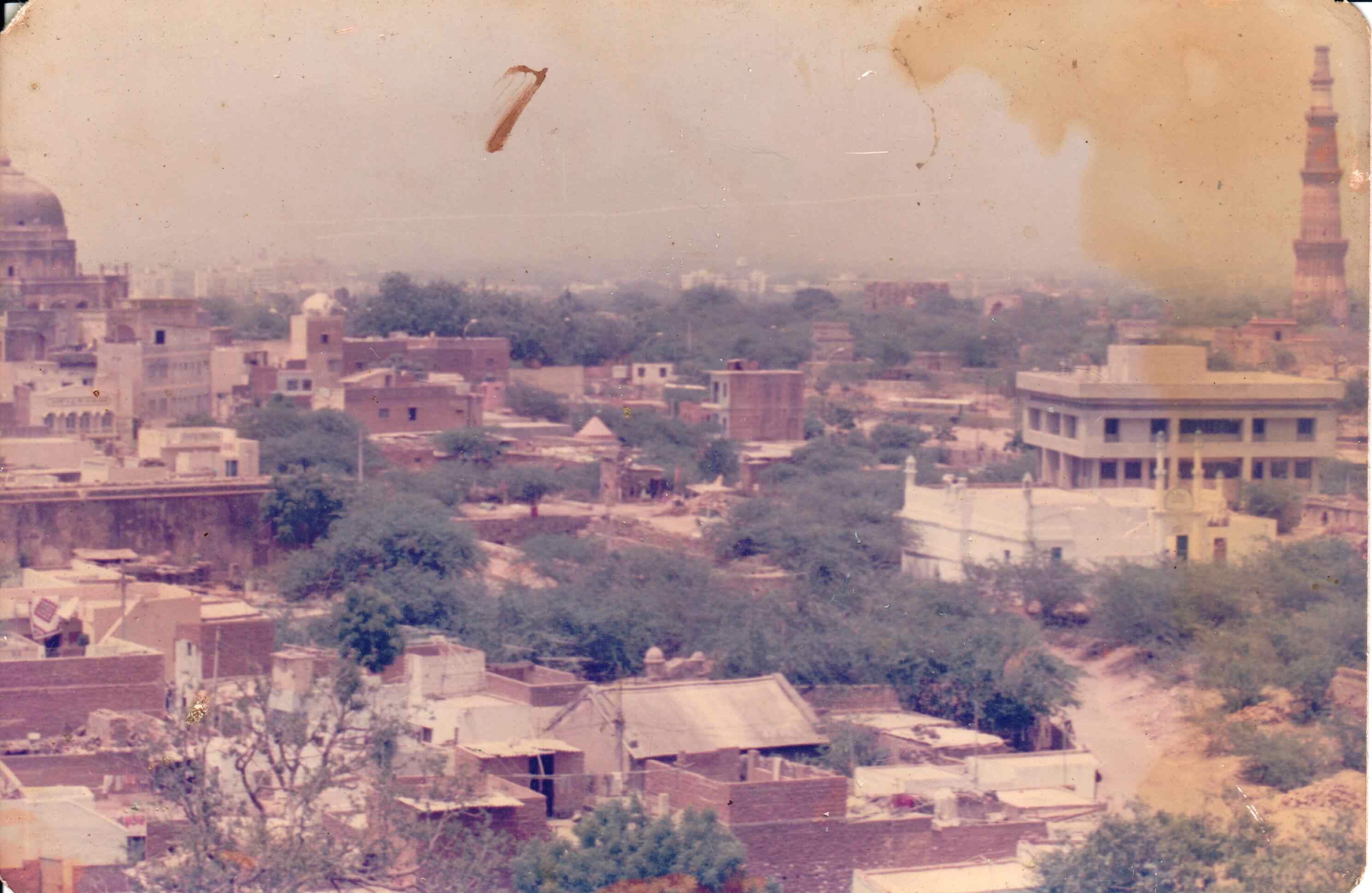 “The worst thing about Mehrauli is that during monsoons the drains start to overflow, and till date nobody has found a solution for it. It becomes impossible to get out of Doodh Waali Gali, it get flooded and sometimes it takes three hours to get out… The roads near Yogmaya Temple get waterlogged enough to drown a car. People sometimes have to leave their cars standing and walk home in the rain.” – Asha Bansal, 50s, Resident of Mehrauli

Image 1:  A photo of Adham Khan's Tomb in Mehrauli taken from the top of Qutub Minar, early 1940s. Photo by Narain Prasad

Image 3: A View of Multi-Story Buildings in Mehrauli, 2015. Photo by Vidhi Sharma