I graduated from Delhi University with an undergraduate degree in Sociology, after which I went on to pursue a post-graduate diploma in print journalism. Post the completion of my diploma course I worked for a year in the media industry, the experience of which was highly unsatisfying. This pushed me to consider studying further and enroll for a Masters in Sociology in 2014 at Ambedkar University Delhi.

While trying to keep myself afloat through the academic pressures of a post graduate degree, I made my acquaintance with the Center for Community Knowledge (CCK) while working on one of their neighbourhood museum project in Shadipur which had us digging deep into the local weekly market’s history and relationship with the neighbourhood and the city through oral narratives of the vendors and customers. CCK’s approach to telling stories of and about the city and it’s neighbourhood through orality was something that fascinated me.

Post my Masters I went on to work as research assistant, with Dr. Amanda Gilberson from the University of Melbourne, on ‘Youth Activism around Gender Issues in India’. I was simultaneously involved with the Gender and Sexuality Sensitisation Project, the ten winning entries in the International Diversity Contest organized jointly by United Nations Academic Impact (UNAI) and the UNHATE foundation.

I later joined CCK as a Research Assistant and worked on various Delhi based projects at the Centre such as The Dara Shukho Festival, Camera Dilli Ka photo exhibition, Mehrauli Neighbourhood Museum and Revisiting Delhi Conference.

In the last few years I have been engaged with various Urban research and Heritage based projects as a freelance consultant.

Imaginations of a Street
10 January 2020
Image

Soundscape of a Saturday Market: Comparison between Delhi and Leiden
14 July 2019

Sensing the layers: notes from a weekly market
28 June 2020

When Neighbours become a community
30 May 2019 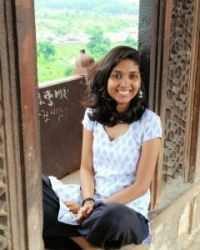