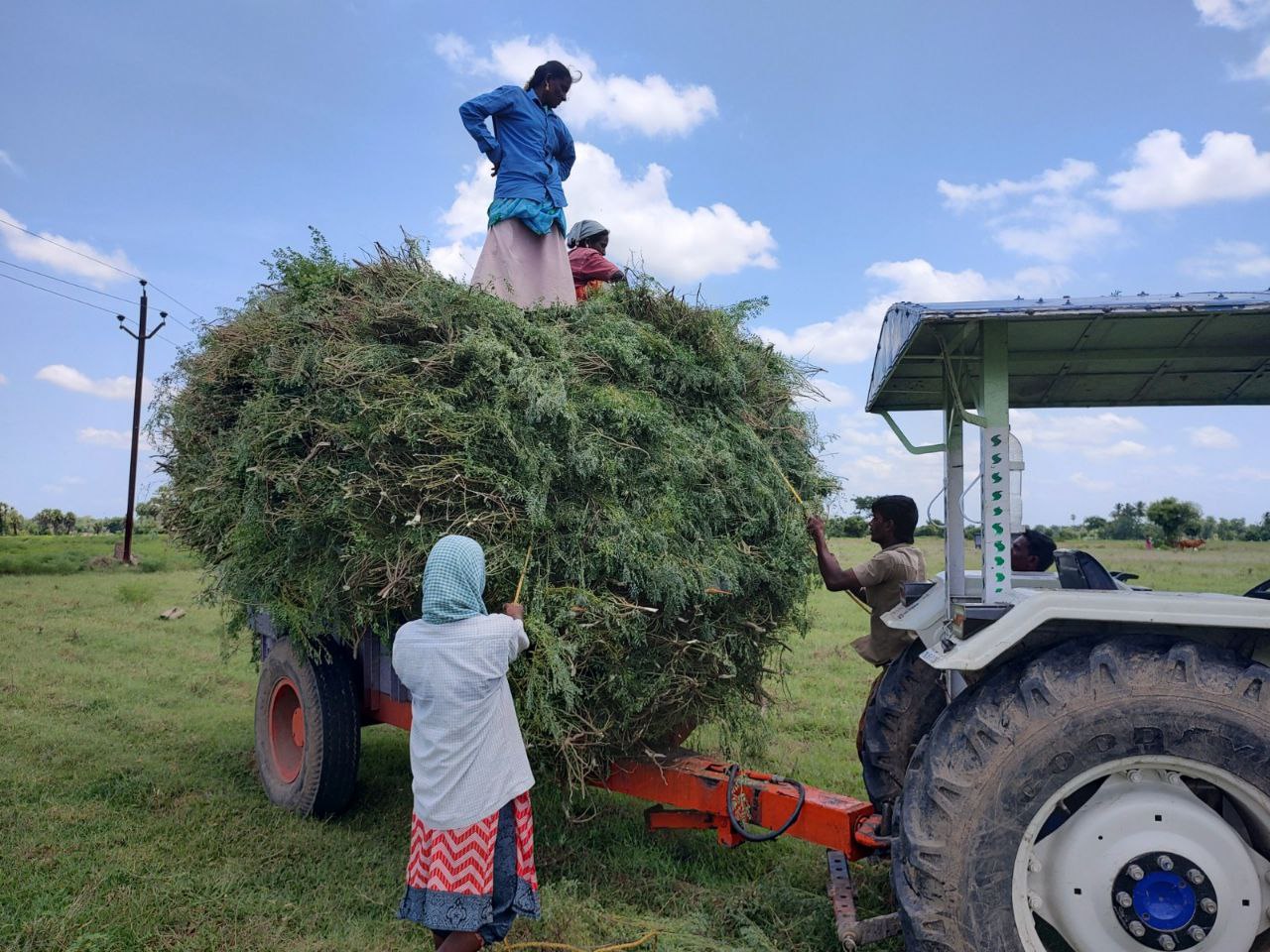 In informal sectors, women are never considered to be put in the position for supervising. Mestiri is a tamil term to address the head workman or foreman who supervise a group of workers in informal sectors like construction, agricultural labour and production units. Generally mesthri refers to the supervisor of male gender and no title for female supervisor is found. This explains the patriarchy in work force structure of informal sector, establishing the appropriate role for men and women. Men are given distinctive roles like commanding and supervising, and women are considered as casual labours given menial works.

Though the rise of women to commanding position is observed in other sectors, it is uncommon in informal sectors. But in Tindivanam town of Villupuram, Tamilnadu women are employed as mesthiris to supervise the cultivation and dry leaf production unit of indigo.

Sudha, 33, works as a mesthri in KMA exports in Tindivanam, a company that cultivates Indigo crop, processes it to produce and export indigo cakes and powder. She takes up the additional labour of supervising her fellow workers, which makes her the “mesthri” of the team. She oversees the pre-harvest and harvest of indigo in farms and indigo dry leaf production process at the production unit.

Sudha is a determined single mother, separated from her husband for past 3 years, living alone with her 10 year old daughter. She lives in Pallikulam village, 22km away from Tindivanam town. She started to work in KMA exports as daily wage labour after being separated from her husband. She works around 12 hours a day all days. She starts her day at 3 am. She manages the household chores all by herself and starts to work leaving her 10 year old daughter alone. Sudha smiled proudly and said, ‘”My daughter manages herself till I return home at evening. One of my relatives helps my daughter to prepare to go to school.”

Sudha is competent and manages skillfully the workers to accomplish the daily task also being kind to them by considering their ability. Still women faces derogatory comments and misogynistic behavior in the work space by co-male workers. Sudha is also nicknamed and commented for her austere behaviour to defend fellow women workers from the derogatory comments that the male workers make. Patriarchy tries to re-establish its power by asserting sexism through derogatory jokes and comments.

Mēstiri is translated and defined by the University of Madras Lexicon as 1.Overseer; superintendent. 2. Head workman, foreman.