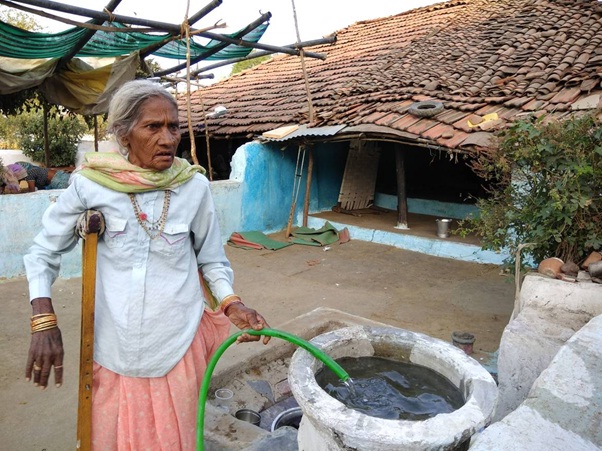 Suman Bai Goojar is a resident of Puraani Basti, one of the oldest settlements in the town of Pipariya, Madhya Pradesh. Hailing from the semi-nomadic pastoral Goojar community, hers is a narrative where fields are connected to pastures and communities to spaces. A snippet from our recorded conversation:

“Majority of Goojar community used to be herders in the old days. My father was also a herder. People from our community came to Pipariya from places around the Narmada River, such as Ajera, Chanderi and Shobhapur. Our elders used to say that they had come from Gujarat. Puraani Basti wasn’t this developed then. People from Gond, Keer and Thakur communities used to live here and the Goojars also settled in eventually. Gradually, our people also started doing small scale farming. Chana, Jowar, Sama, Koda, Kutkiya and Rahad were some of the nutritious crops that people grew. For instance, one could eat Jowar in the form of chapati, lakcha, rawa or bhoonji. Unlike today, wheat and paddy were not very popular here earlier. However, everything has changed with the mechanisation of farming. Cattle, especially bulls, have been badly affected. Since their economic value has decreased drastically, it has caused farmers to abandon and release their cattle. The roads of the town are replete with these stray cattle. With limited ground to graze on, they also wreak damage in the fields. So, from being treated like a family member of our own, we have reached a stage where there is no other option but to let the cattle become strays. Unfortunately, they have been turned into a nuisance for the people and administration alike.”

From Forest to Town