From Private Archive to Shared Library

Africa is home to one third of the world’s living languages; that is around two thousand. In most countries, several languages cohabit on the national territory, and managing this multilingualism will remain a major challenge for the postcolonial state.

To be sure, right after independence, many countries initiated school reforms, which put in question the exclusive use of former colonial languages in the public sphere: school, administration, press and media. There is also a growing interaction between the national language boards to establish coherent standards for cross-border languages. Two major regional institutions were founded in the process, with headquarters in Bamako: the Karanta Foundation in support of non-formal education policies and the African Academy of Languages (ACALAN). Actually, ACALAN operates under the Department of Social Affairs of the African Union Commission and wields significant influence in all matters of language policy on the continent. Its cross-border vehicular language framework has been instrumental in promoting collaboration among language units in different countries.

However, the strategies designed for the last century are far from being adequate for the digital age. Languages across the world are confronted with a new reality, which requires creative and pragmatic solutions. The boom in mobile telephony and internet has led to an exponential growth in connectivity on the African continent. In contrast, even the most widespread African languages still have very low visibility on the internet. This gap belies the visionary statements formulated earlier in the decade, placing digital inclusion at the center of new strategies, not only to document local languages, but also to turn them into effective tools in school curriculum, mass media, local administration, and on the job market.

The language and translation project will explore this gap between public policy and action. It will start with the digitization of sorted analog archives covering topics across the themes investigated through the HaB program. Then it will bring together specialists and practitioners from the academe and different walks of life.

Digitization workshop. Using a portable scanner, digital camera or voice recorder, participants will practice simple techniques to digitize print and analog records (letters from relatives living abroad, written in different languages and scripts; birth, marriage, death certificates; identity and immunization cards, music and voicemail tapes, etc.) At the community level, the activity thus shows how participants from different generations can be drawn into a ludic and productive game of document sharing and content production. In schools of all locations, teachers and students can create vital archives to preserve the memory of their institution.

Methodological seminar. The first step is to introduce members of the local research community to the methodological approaches and instruments to be deployed through this experimental curriculum.

Cyberlibraries.  The project will replicate a volunteer model in website creation that provided seven  high schools (in Bamako, Kita, Markala, Timbuktu and Gao), an agro-pastoral school, an engineering school and a rural polytechnic institute in and around Bamako. High schools and colleges will receive specific training in turning their websites into knowledge portals by placing relevant content online.

Localization network. Building on the curriculum of workshops hosted in Bamako (African Network for Localization 2010; Mozilla Foundation and Translate House, 2015) to train students and young scholars interested in language arts and technologies.

Terminology creation workshop.  The localization of technical guides and software interfaces involves both translating texts and adapting images, symbols and even legal notices. Consistent and comprehensible terminology, if not available, has to be created to ensure quality translation.

Songhay Cowhide Patterns: Field notes from Gao, Mali
Dispatches from Bamako and Ouagadougou
Mohomodou Houssouba on the ambivalence of the Asia-Africa relationship 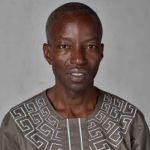 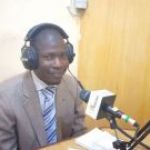