I don’t have a distinct memory of the episode, but this didn’t prevent me from writing it into a defining moment in my childhood. I was about four and a half years old when my family moved down from the dunes to the shores of Gaaway – the name for the Niger River from Gao to Niamey. The distance itself happened to be very short, but it marked a shift in my life. It was the moment I stopped speaking Tamashek (Tuareg language) and picked up Songhay. Thus I changed landscape, language and worldview. Years later I would be reminded that I used the words for the wild plants of the grazing plains for the riverside crops. For example, I called paddy rice fonio and, even starving, I wouldn’t eat fish for a long time. In the first years of my life spent among the Tuareg nomads, our diet was based not on rice and fish but rather on dairy products and wild cereals: fonio [1](digitaria, panicum laetum), cram-cram [2] (cenchrus biflorus), “takabar”), etc.

Why I didn’t continue to speak my first language is still not clear to me. My father spoke Tamashek like a native Tuareg; that is, without any perceptible “foreign” accent. I remember an anecdote in the late 1980s, when he was crossing the river through rice fields during the harvest season and carrying on a lively conversation with his companion, a Tuareg he picked up on the other bank at Wabaria, where the bridge to Gao stands now. A group of his fellow villagers did not recognize him, so their talk quickly shifted to the passengers in the pirogue passing by. Indeed, the world has changed, one exclaimed. There is no better proof: a Tuareg (nomad) is steering a pirogue across the river!

I can’t boast of such a perfect mastery of Songhay and Tamashek. I made a definite switch at the turn of 1970, though I was barely aware of it. Even when I entered primary school and had to learn from day one in French, the experience – with hindsight quite an ordeal – seemed to be in the nature of things. Going to school meant learning French, then learning in French, as long as it would take. I weathered that storm and managed to get by in this language, added English in the seventh school year and Russian in the tenth (high school). Contrary to popular belief, I found Russian the easiest to learn of the three, but that’s another story altogether. From my eleventh year on, I started a hyper-specialized track with French matters wielding a coefficient 10, English 6, Russian 4, so you could imagine that not much was left after these big three. For some reason, English worried me the most, like a proverbial middle child. By then I had sufficiently grasped the complexities of French spelling and grammar and was lucky to have a teacher who made the intricacies of Russian word combination and syntax somewhat predictable, even manageable. In comparison, English seemed to abide by idiosyncratic rules that put guesswork into every sentence.

So I decided to concentrate my energies on it. I started writing my diaries in English, poetry, essays and short stories too. I discovered that the BBC’s French service had three-level English lessons in the day, at 6:oo am, 12:00 pm and 6 pm. I managed to reserve one of the shortwave radios for these time slots. I would rarely miss a lesson. I continued the exercise through my college years. There were more interesting programs at time went on and listening became easier. “Catch the world” was one in which popular songs are played and the lyrics read over and over. I don’t remember the exact name of a serial, maybe “Off the shelf”, maybe not. They read from a book over weeks or months. That’s how I discovered Kazuo Ishiguro’s Remains of the Day, Salman Rushdie’s Satanic Verses, and many other works of fiction I would be able to have in my hand only years later when I went to graduate school in the United States. I also listened to English programs on all possible shortwaves channels (Washington, DC, Tel Aviv, Tehran, Bonn, Accra, Hilversum, Moscow), but the BBC was my home base with the regard to learning the language. I found more resources in Bamako where the American Cultural Center, then located at the colonial heart of the city, between the railway station and the main market, a lively meeting point bustling with people coming to read the press, borrow books, listen to or watch programs, or just lounge around when the thermometer was teasing 45°C outside. It was a stone throw away from the Soviet Cultural Center. There I signed for free Russian courses, read the newspapers in French and Russian and watch Soviet movies on roof in the evenings.

I’ve gone too far… Actually, I also had a few stimulating experiences at the lycée (high school, gymnasium). The English teachers mobilized volunteer students to contribute to a “magazine” titled the “Oasis”. I contributed a few pieces but today I have no idea what they were about. The teachers corrected them and had them typed and run off over a stencil duplicator (mimeograph). Okay, this requires a Wikipedia link or a YouTube clip, to simply show this resilient duplicating machine before the photocopier. A decade later, when modern machine came to the school and no “Oasis” or other publication was produced anymore, the language teachers used the old copies in their classes. This is why it is important to remember that more advanced technology does not create content. At best, it enables a faster and cleaner job. Publishing with a basic mechanical typewriter and a mimeograph not simple or limpid, but it was possible, at times even fun.

In my third and last year at the lycée, the last semester of our linguistics course was devoted to “national languages”. Finally, after twelve years of schooling, we were going to learn the alphabets of four indigenous idioms: Bamanankan (Bambara), Fulfulde (Fulani/Pulaar/Peul), (Soŋay/Songhay) and Tamashaght (Tamashek/Tuareg). The introduction was limited to our “Languages and Literature” section, the smallest with only 8-9 students. The few weeks couldn’t be enough to go in depth but I did learn the basics of the writing systems, the relationships between the languages and a lifelong interest in the work done in them.

Three years later, at the teacher’s college, as I was choosing a thesis topic for my bachelor’s degree, I decided to return to the prosody of Songhay through the long tales that I once heard over several nights. To be sure, I was encouraged in this direction by Charles Bird’s work on Mande (Malinke, Bambara and Mandinka) praise songs and call-and-response declamations. Bird worked in Mali after independence and helped publish the English-language collection of tales, Malian Stories, which became an immediate classic in the national school system. He drew the attention to multiple voices, especially the active role played by the listener, the audience, in the narrative situation. Further research led me to similar work done in the Balkans (Serbo-Croatian recitals and songs), traditional Appalachian songs and the diverse traditions of American folk music. These discoveries would steer my thesis further away from the material I recorded in 1986-87 in Gao, partly abandoned and rediscovered much later. By then, part of it had been seriously damaged.

From private archive to shared library

Here I am. Thirty years after, faced with the challenge of sorting out old records during a move, I listened to a score of audiocassettes and found at least four from 1987. Two were recorded with my father, a genealogist and oral historian, and another man whose first name I now remember. I interviewed both about Songhay history, language and classics (epics and coming-of-age narratives). The two others are evening conversations recorded at random in two villages near Gao after my summer school in the USA in 1987. Hearing these cassettes triggered a trip back in time. So I have just digitized some 300 minutes of tape recordings with my father done in 1997. Then I was finishing my dissertation and teaching in Illinois when I decided to have him record the genealogy of our family and his personal history, which cut through the colonial period, the turbulent post-independence era, religious and political upheavals, droughts and famines, and the grassroots movements that tipped the balance in the early 1990s. Mali seemed to be one of the promising models of self-generated democratization then.

A quick calculation: 320 minutes of 1997 plus 120 minutes of 1987, I have now in hand 440 minutes of rare material spoken in the sort of Songhay I can only dream of being able to speak today.  In terms of content, the 1987 material recreated the genealogies of families from Gao eastward over 200 km to the border with Niger, with Songhay, Peul, Tuareg, Mossi, and Mande (Bambara/Malinke) roots intermingling over 5-6 centuries. Then westward, the major waves of Peul migrations from the Massina region, 500-600 km south… That’s where my father’s paternal lineage leads. People who migrated with languages they lost along the way and across the centuries, that is Fulfulde, Dogon and Moore speakers adopting Songhay, shifting from herding to farming, etc. At one point, some practiced three religions at once, for the most part until the 1970s, with the first backlash against traditional beliefs along the Niger Bend and elsewhere. I could already hear in the accounts of 1997 how old faiths and spiritual practices were dismissed as soon as they were mentioned – as superstitious, misled, non-Moslem. I don’t hear this in the tapes from 1987. It was still another era when it comes to thinking about and representing Islam and popular faiths.

As you could feel, I am now completely drawn into this reemerging narrative. To be sure, I have been aware of it all along, but lately I listen to it with a greater sense of urgency. A colleague who listened to all the 320 minutes of the 1997 recordings said that he discovered episodes of ancient and recent history that he never knew about. Luckily much of the material is already digitized and audible. One side of my father’s 1987 tape, the sound is severely distorted but since one can still transcribe the statements, it is no lost cause. Transcription, transliteration and translation are the immediate tasks ahead. In this regard, HaB is a fortunate coincidence to realize a popular and open library out of personal archives.

[1] Songhay ganši ou gansi. Apparently the French fonio is based on the Wolof word for the plant (foño). This is also how it is called in Bambara.

Dispatches from Bamako and Ouagadougou
17 January 2018

Languages on the edge: from private archive to shared library
29 March 2019

Rice-scapes across Borders: On the Asian Rice-scapes Panel at the 6th Asian Borderlands Networks Conference
7 September 2018 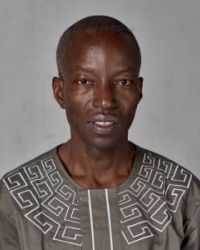