Colour as Word, Virtue and Vehicle

Linguistic Dynamics and Aesthetic, Economic and Therapeutic Potentialities of Indigo

This project explores indigo as a relevant topic encompassing practices in India and other countries in Asia, three countries of the West African platform (Ghana, Burkina Faso and Mali) and connections with Switzerland.

The country project will involve research collaboration as well as scientific co-production. In this regard, INSS, as part of the Centre National de la Recherche Scientifique et Technologique (CNRST) based in Ouagadougou, Burkina Faso, will implement the research through a multidisciplinary team with the aim to produce new knowledge across disciplinary borders and enable mutually beneficial scientific interactions within and beyond the national network, for all participants and stakeholders.&nbsp;

Specifically, through the research on indigo, the INSS team will try to understand different interrelated levels (namely, linguistic, economic, esthetic, medical), dynamics of fundamental change unleashed or operated under the influence of the migratory movements that led the Maranse from today’s Mali to Burkina Faso, in particular after the fall of the Songhay Empire in the 16th century.

The project aims to conduct research on the Maranse of Burkina Faso in order to shed light on ways in which the practice of indigo has enabled this community to safeguard its original traditions and culture through migration. To this end, this study will focus on the following areas of interest:

The INSS will set up a multidisciplinary team composed of linguists, anthropologists and sociologists. Sites are identified for field investigation and data collection.

Quantitative data collection will include a survey of the geographical sites settled by the Maranse, the number and distribution of the languages they currently speak, the number of people who still practice indigo on the targeted sites, the types of ailments indigo is traditionally used to remedy, the number of cloth patterns the artisans are able to design using indigo, etc.

At the qualitative level, a questionnaire will be conceived around various sub-themes like the history of settlement of the region, causes of population migrations, original and adopted languages, the typology of indigo-dyed fabrics, the color spectrum used, indigo dyeing techniques, characteristics of raw materials, names of operating cycles in indigo dyeing, traditional system of cultivation, processing and production in the indigo economy, indigo arts and crafts, among others. Collected data will be compiled, transcribed and processed for scientific analysis.

To implement the project, Youba in the Northern Region and Nakamtenga in the Plateau Central Region have been retained. Youba is one of the major areas to host the Maranse upon their arrival to the Moaga country as well as an ancient centre for dyeing crafts with a unique know-how and practice base.

Regarding the transfer of technology and craftsmanship in indigo dyeing, Nakamtenga is a place in which the Maranse train dyers. So, these two sites have been selected on purpose because they represent two sets of complementary samples. In effect, if Youba constitutes a “stronghold of master dyers” because it is essentially peopled by the Maranse, Nakamtenga is a textbook case of the place where “dyers in training” practise their craft in total autonomy, far away from the natives of the community among which they have acquired their dyeing skills.

The technical project team, led by principal investigator Jocelyn Vokuoma, will be composed as follows: 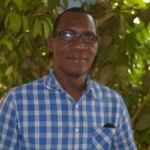 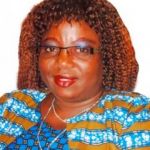