Jocelyne Karimatou Boussari Vokouma is my name and I am from Burkina Faso. I was born in Adjohon, Republic of Benin and studied in Burkina Faso and France. At the university, my research interests focused early on weaving as a repository of local knowledge and history as well as a dynamic element of material culture. In 1993 I defended my BA thesis at the University Ouaga I-Joseph Ki-Zerbo. Title: “Le tissage ancien en pays mooga: l’exemple de Soulgo. Province de l’Oubritenga” (Ancient weaving in Mooga country in the Oubritenga Province). My advanced studies diploma work in anthropology would result in a thesis defended at the University of Provence in Aix-Marseille, France, where I would also earn a doctorate in anthropology in 1999 with a dissertation titled Les techniques du tissage au Moogo: origines et évolution (Weaving techniques in the Moogo (Moose/Mossi country: origins and evolution).  Since 2001, I am a researcher in the Department of Socioeconomics and Development Anthropology at the Institute of Social Studies (Institut des Sciences des Sociétés / INSS-CNRST). Throughout my research career, I have been exploring indigo through the esthetic angle; that is, the character it lends to various types of clothing – mostly of while color – produced by the Moose artisans.

Indeed historical investigations have shown that it was the arrival of Songhay from areas in today’s Mali, had a fundamental influence on present techniques. They migrated toward the Moogo (Moose country) following the fall of the Songhay Empire at the end of the 16th century and triggered a notable technological mutation among the Moose, the host population. In Burkina Faso, the Songhay are known as Maranse. Part of their cultural heartland is the northern region of Youba. During my field research, I visited other hotbeds of Maranse culture in Singindin Monrongo in the Passoré province, and in Sanwana in the Oubritenga. Moreover, in the Samandin District in the heart of Ouagadougou, as well as in the village of Soulgo, I visited ancient archeological sites like abandoned indigo dyeing wells that lie buried under the ground.

My interest in weaving comes from the role clothing has played in human civilization, on par with iron and writing; the relevance of its spiritual and cultural power in the daily lives of populations. Thus, between 1990 and 1996, I conducted alternate field research trips not only to try to grasp the problematic of ancestral crafts related to two ancient technologies (weaving and dyeing), but also to collect a critical mass of data relevant to practices combining weaving and indigo dyeing. In this regard, I had the privilege of observing indigo workstations that were still mushrooming at the outskirts of villages like Songdin in the Oubritenga. Beyond my theses and dissertation, I have published a number of research and vulgarization articles that bind the two technologies. Yet, I can say that to date, most of the documentation I have collected about indigo dyeing has not been exploited in any way. Indeed the techniques and the history of indigo could constitute a field of research by themselves through in-depth investigations combining perspectives from different fields: archeology, linguistics, social anthropology and environmental studies. In short, the HaB research network on indigo is a matter of perfect timing, as far as I am concerned. I look forward to further exchanges with colleagues across the regional platforms.

Colour as Word, Virtue and Vehicle in Burkina Faso
19 November 2020 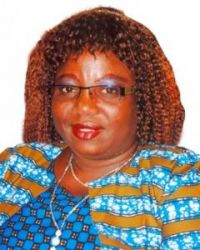 Colour as Word, Virtue and Vehicle