An Academy of Failure

Pedagogies for the Unsuccessful

This workshop will bring together students, artists, activists and academics to explore and develop different pedagogies of failure in relation to environmental issues. Failure, we argue, is part and parcel of knowledge production and creative work. To insert the possibility of failure in our pedagogies will help to open them up to alternative possibilities, ideas that may privilege slowness above speed, stagnation above progress, amateurism above professionalism, and experimentation above modeling.

It is a truism that China is changing very rapidly. While this is by and large perceived in terms of progress, if not a miracle, the flipside is generally obscured. The rapid growth not only causes increased inequalities, it also results, like elsewhere in the world, to a much greater pressure on the environment. The polluted skies of Beijing are at times viewed as an inevitable stage of China’s development, and compared for example with the air in London a century ago, but such readings smack off a teleological belief in development and progress. We are living in what some now arguably be termed the Anthropocene, an epoch defined by the human impact on our ecosystem. In particular China, with its compressed yet contradictory and ambivalent process of modernization, seems to serve as a hothouse to observe the implications of this epochal shift. We are not sure if the concept of the Anthropocene is aptly describing the situation in China, we doubt also given that the term never really quite landed in China.

We do believe that environmental concerns can serve as a unique prism, one that transcends national and cultural boundaries, as to develop pedagogical tools and approaches that will bring university students from the humanities outside of the safe space of the classroom, and connect them to practices and realities in the actual lived city of, in this case, Beijing. We do so through aligning environmentalism with creative practices, ranging from art to music and dance to cinema.

When looking at the sky of Beijing, or when reading about the ideas of Donald Trump regarding climate change, we can’t help to believe that we fail immensely. We fail to achieve equality. We fail to achieve blue skies. We fail to guarantee safe food. We fail to secure a promising future. The relation between humanity and its ecological environment seems to be a history of failure.

But from there, we like to move to a more positive twist towards failure. In a previous Mellon workshop on art and activism (Artistic Interventions, Hong Kong, April 2015), one key concept that emerged as demanding further exploration was, indeed, failure. In this first academy, we take up this challenge. Our global (and some may say neoliberal) mindset has excluded the possibility of failure, in its constant validation and celebration of notions of progress, development and improvement. How can we rescue failure from its negative connotations? How can we bring it back into and beyond the classroom as a valuable tool for thinking, for knowledge production, and also for creative production? According to the late Marc Karlin, politics is a learning process about how to live with pessimism and how to work on yourself in relation to that pessimism. We may think the same of failure.

Failure operates on many different planes: we fail to engage with environmental change, we fail to attract an audience for work that critiques the present Anthropocene, or the work fails to address the issues convincingly. Academic knowledge often fails in similar ways, it remains too obscure, or too impractical. But such failures can, we argue, be productive and fruitful. In the academy of failure, we wish not so much to celebrate failure, as to bring it back as a possible source of inspiration, as a pedagogical intervention that can help to counter the drive towards always better and always more.

Location: Institute for Provocation, Beijing and field sites in and around the city 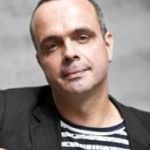