I am affiliated to the University of Amsterdam as a professor of Globalisation Studies and am the director of the Amsterdam Centre for Globalisation Studies (ACGS). My work focuses on cultural globalisation, in particular in the context of China. After a PhD on rock and pop music from China, I explored numerous other cultural domains, ragning from the Internet to cinema, and from television to contemporary art. I am the principal investigator of a project funded by the European Grant Council (ERC), titled “From Made in China to Created in China. A Comparative Study of Creative Practice and Production in Contemporary China.” More information on my research, publications, teaching and research projects  can be found on www.jeroendekloet.nl.

My interest in new forms of pedagogies – the central aim of the HaB project – can be traced back to the 1980s. Then, I was studying tropical forestry in the Netherlands. It was a time that one could basically follow all kinds of courses, including those that were utterly unrelated to either the tropics or to forests. So I took a course on Foucault. The professor showed us a video of him, and invited us to make groups of ourselves to discuss issues that fascinated us. We would not have any further class, there was no exam, we did not need to write a paper, nor to present anything to the class. If we had any questions during our group discussions, we were more than welcome to visit him for further discussion. What followed was a very intense reading group that continued to exist also after the course ‘officially’ ended.

One part of the students considered the teacher to be irresponsible, and filed an official complaint. The other part was fascinated by this approach to teaching, and loved the responsibility that was put on the shoulders of the students. I belonged to that second group, and this has been one of the teachers that has left a life lasting impression on me. By now, in a time of spreadsheets, weekly targets, powerpoints and coaching, his approach is unthinkable, would I do the same, I would soon be fired.

This experience has set me thinking about the relationship between teacher and student, and the inherent inequality between both. My memories resonate nicely with The Ignorant Schoolmaster of Jacques Rancière, a book I discovered only much later. In this book, Rancière praises ignorance as the ideal basis for pedagogy, an ignorance that drives a collective educational enterprise in which both teachers and students will learn.

The HaB project provides an opportunity to engage once again with questions of pedagogy and knowledge production. In the coming years, together with partners in China, Hong Kong and Indonesia, I hope to explore new modes of teaching and of producing and sharing knowledge. One central aim will be to bring students out of their classrooms, and connect them with creative practices in their direct surroundings. We will do so around the theme of environmentalism. For the year 2018, together with the Institute for Provocation and Tsinghua University, we will connect environmental concerns to the more conceptual issue of failure in what we term the academy of failure. 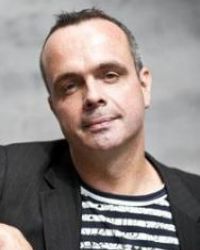 An Academy of Failure