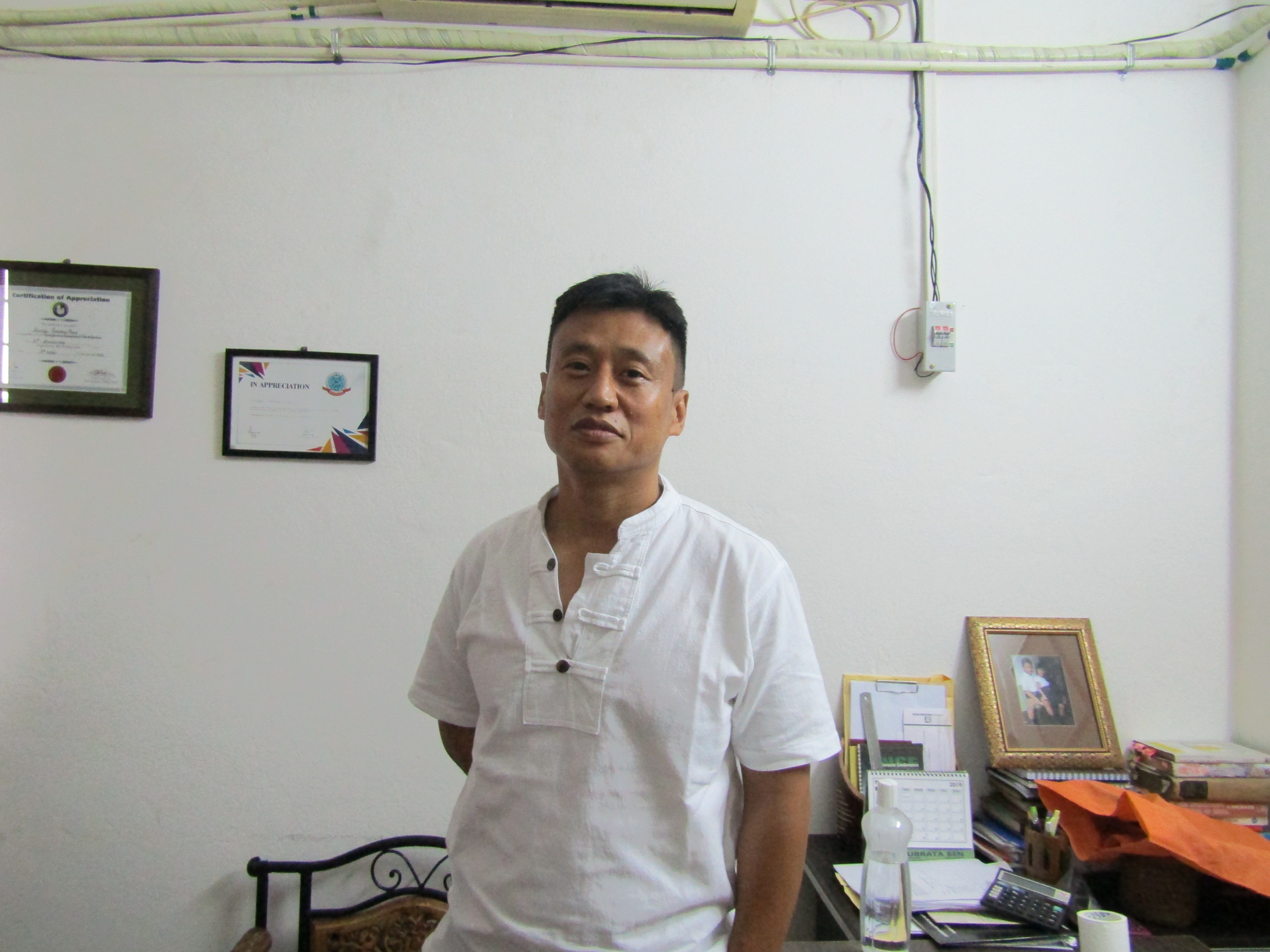 Dr. Akum Longchari is the editor of The Morung Express and has been involved with people's movements in the areas of human rights, justice, peace, and reconciliation. He also engages actively with the Forum for Naga Reconciliation and is associated with the online community journal, the Naga Republic.

The following is an excerpt from a conversation with Dr Rakhee Kalita Moral.

"After the ceasefire, new narratives, doesn’t just mean narratives but also new memories and even during the ceasefire…maybe two years….you can virtually break it down into smaller pieces…transition points... and each of these transition points have different narratives and memories and somehow there are also disconnects between transitions, I think not enough has been done to represent and create the bigger picture. I think Nagas have been too caught up with the Indian model… for too long Nagas were fire-fighting, and I think Nagas are still firefighting. The situation demands something effective…an aspect of how we look at the future…there should be room for all these different aspects, perspectives, understandings about what the future holds. The caravan had been travelling to its own original destination, suddenly a stranger from another caravan comes and takes control of the Naga caravan  and after taking control of the Naga caravan…..the original destination changes towards some other destination….which is not of their making….suddenly you realize the Naga caravan has moved very far away from its destination and now the Nagas are saying that we should be in the Naga caravan, back to indigenous spaces, but there is a dilemma and the dilemma is that do you continue in that path of diversion because you realize it has moved far away from the original destination or do you think we should go back to that point of diversion and so in the Naga context you find different voices articulating different reasonings and responses….some say let’s continue on that path of diversion like the young man you mentioned because that is the only imagination that they can have and then some are saying no, it has to move back to the point of diversion and some say no, let us create a new path, which is not divergent or neither goes back to the points of diversion. Let us create something new, of course there are also indifferent observers, saying let’s see how things go…we also see that situation but the space is not there for each and for this to have a common conversation. It requires a referendum, and by that I don’t mean in terms of yes and no, I think the referendum should be creative enough to present all these different options…in the end…the will of the people so that it is not just one voice and everyone gets an opportunity to express themselves…lengthy process of dialogue and then maybe the referendum…these are the options and this is what we want….so this is one aspect of it. Another aspect of it is that sometimes the tyranny of the majority has to also be considered, often we talk of democracy in terms of majority, very often we must also acknowledge that it also enhances the tyranny of the majority …so the majority does not always mean it is the right one because there also comes the question of tyranny along with it so that is another aspect. Another aspect is, people say that, the first generation creates venerates the second generation motivates, the third generation speculates, the fourth generation dissipates..."