Are the Humanities in Crisis?

A recent article in The Chronicle Review addresses the age-old question: Are the humanities in decline? Using data from the National Center for Education and other US-based surveys, the author points out that, despite the popular sentiment that the humanities are perpetually in crisis, there may be real cause for concern today.

Photo by Emily on Pexels.com

What catches the eye about the chart of jobs advertised in the JIL [MLA’s annual Job Information List] is the remarkably rapid drop between 2007-8 and 2009-10 and the steady decline since. Every year since 2013-14 has set a successive low for the total number of jobs advertised, and the total number of tenure-track jobs advertised is less than half of what it was a decade ago. One might also be concerned by the decline in the number of humanities bachelor’s degrees awarded since 2005-6. Both declines suggest that we are at a relative low point, and that the actual situation has changed — that we may be in a real crisis, and not just a rhetorical one.

The author also points out that, unlike previous dips in enrollments in the years 2001 and 2008, present-day enrollments in business, science, and social science degrees seem to be increasing.

The humanities are institutionally more alone and more vulnerable than they have ever been, more at the mercy of a university’s financial decisions or a new dean’s desire to prove his or her toughness by consolidating departments or reducing faculty size.

A forthcoming title, The Changing Face of Higher Education: Is There an International Crisis in the Humanities? (ed. Dennis A. Ahlburg) also explores this debate, asking whether the humanities are in crisis after all by objectively evaluating the evidence at hand, and opening the debate up to a global scale by applying the questions to twelve countries from different continents, including Japan, Egypt, Australia, Brazil, and France. 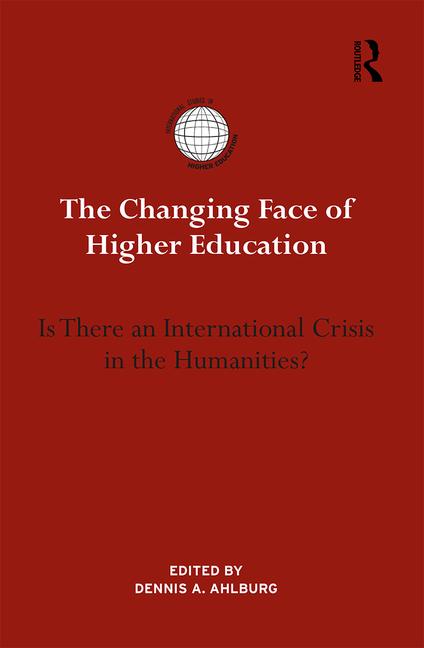 Each contributor considers the debate from the perspective of a different country and seeks to answer the following questions:

Whether or not one considers these disciplines to be in trouble, it is increasingly clear that large-scale changes would be welcome at the institutional and pedagogical levels by both present and future humanities scholars.