Wendy Singer is an historian of South Asia, whose research focuses, primarily, on the twentieth century. Her current projects connect the history of the anti-colonial movements to the development of the post-independence state. Her most recent article, (2021) "Women in the State: Elected Women and the Challenge of Indian Politics (1957–62)," South Asia: Journal of South Asian Studies, DOI: 10.1080/00856401.2021.1890257, will appear in the journal South Asia in the fall of 2021. In addition, she is co-editing a volume on India’s multi-language policy, called “Regional" Languages, Identity, and the State in Modern India, forthcoming from Routledge Press.  Finally, and connectedly, she is writing a monograph on the history of "Reservations," India policy, somewhat like affirmative action, that provides designated seats in Parliament, state legislatures and other institutions for under-represented groups. The research for this book was sponsored by a Fulbright-Nehru Senior Research Grant in 2012. All three projects point to the organic and changing nature of Indian democracy, which was designed to emphasize inclusiveness and resilience, and yet continues to confront the challenges of a post 1947 world.

Some of Singer’s earlier work lays the groundwork for this scholarly path. For example, an essay, about reservations and elections, “A Seat at the Table,” appeared in the Election Law Journal in 2012 and the book, A Constituency Suitable for Ladies and other Social Histories of Indian Elections, describes the culture of election process that imagined different constituencies and how to address their needs. And at the heart of all of her work is her commitment to the social history of Indian citizens—women and men of different classes--their political mobilization and their everyday lives. This began with her first book, Creating Histories: Oral Narratives and the Politics of History-Making, about peasant movements in the state of Bihar in the 1930s.

Other projects have come about along the way. For example, in response to the need for a post 1947 Indian history textbook, she published Independent India: 1947-2000 available from Routledge Press. And she had an unusual opportunity to meet with and interview the Dalai Lama in association with a project on the Tibetan Government-in-Exile. Results of that interview, sponsored by a Kenyon grant from the National Endowment for Humanities and the Ohio Humanities Council, include “Post Colonial Dharamsala,” in the journal Salt and “The Dalai Lama’s Many Tibetan Landscapes” in the Kenyon Review. 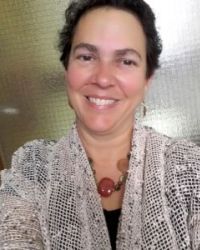