My name is Abdourahmane Seck. I was born in the first half of the 1970s.  Should I say, by luck or misfortune, the fury of the world settled quite early in my relation to it. Very early on, by the magic of television, my own world never happened to be my country, because not much was really happening in my country, nothing but inaugural ceremonies for infrastructure, speeches of ministers, briefs of meetings with the President of the Republic read out with fervor; in short, nothing was happening. Nothing to report. My own countries were Kabul, where Russian military and Afghan Mujahedeen had no intention of giving up the tiniest bit to one another; it was the Aouzou Strip, a stretch of sand where Chadians and Libyans were playing at frightening one another; it was Ethiopia, huge desolation where fleshless bodies wandered from one tent to another stamped with “Red Cross”.

I didn’t know my own countries, at once so close and yet so far away; but in a way they worried me more than I could ever understand. I was too young. I only knew, without the shadow of a doubt, that this world of ours was strange.

I was interested in books and music, and by luck or misfortune, I helped myself to the libraries and music collections that lay around, bursting out across my father’s yard. My brothers and sisters didn’t have the same readings, nor did we have same playlists. So I listened along with the ones and the others, read with the ones and the others, going from Nana Mouskouri to Marley, from Brel to Ferré, from Gaddafi’s Green Book to Mao’s Red Book, from WEB Du Bois to Ibrahima Baba Kaké, from encyclopedias of all kinds to the UNESCO’s General History of Africa, but also from Gérard de Villiers to Henry Troyat, and so on.

One day, Frantz Fanon’s Wretched of the Earth took care of the rest. The rest? Certainly what I have become or have tried to become since – an activist. By luck or misfortune, I settled with a party that was at the same time pan-Africanist, internationalist, and … Maoist too. In it I learned a lot... more I came to better understand my own notorious countries that were so strange to me, a bit too young themselves. Within it, I learned and understood even more the dialectic between knowledge and power. “Red and expert,” some would say then! This made me a curious student, desiring to understand what was happening around those so-called “murderous identities” that some wanted us to believe were the explanation for the Genocide of the Tutsis in Rwanda, but also those dreadful wars in Liberia and Sierra Leone, at the time when in South Africa, Nelson and Winnie Mandela raised their fists in the midst of a parade that looked like a revenge on history. I was studying philosophy then but I found myself so little represented in that history of philosophy. So later on, I read at a philosopher friend’s, namely by Seloua Boulbina, this sentence that I could have uttered beforehand. “This history is not mine.” My own history, I thought, would play itself out in my capacity to understand and be competent in the transformation of this question of “identities” that was raging in that Africa of the 1990s. I chose to capture it by departing from that place where it seemed to have been forged in the most problematic fashion – I mean ethnology and anthropology. I was eager to deconstruct. Later, I surprised myself by visiting diligently the modern and contemporary history of the continent, since the present looked to me like a palimpsest.

Today I am a teacher and researcher at the Gaston Berger University in Saint-Louis, Senegal. There I try to transmit, not really “ready-made knowledge” but “questions on the meaning of it all”. Let me confess though, I feel deep down that this does not always seem obvious to them, who have been convinced that they are not more than mere receivers, simple minds groomed for the takeover in the system of reproduction. This is my quarrel with my profession, my discomfort and malaise.

HaB. For me, it all started with a Skype call, which was supposed to take just a few short minutes and which ended up lasting a whole season. This is in the nature of genuine encounters, which go beyond merely “coming across” others.  With regard to HaB, at the outset the first seductive idea to me was to “rehabilitate people’s voices”, then it was this network linking Africa and Asia. I quickly saw in it the real opportunity to try the adventure to set new parameters for the meaning of my profession, its healing from its childhood illness: its doctoral and imperial self-referencing. By chance I sensed the possibility of creating a new path with new colleagues concerned with making of their profession, not a “class” issue but an engagement at the service of current urgencies. To me, HaB is clearly a way to resume my mission, a dialog that is both distant and present which have never ceased to tear me apart, but also to carry me forward: to be useful to my time.

By honouring its first objective of rethinking conventional university pedagogy, in light of paradigms to be reinvented, less concerned about unquestioned borders, I believe nonetheless in one thing: that we betray our interest if we come to lose sight of the necessity to reconcile “pedagogical transition with societal and structural transformations”. For my part I have thought that the bankruptcy of polity and the fraying of African society can be circumvented. I have a simple utopia, here better than anywhere else, it is possible to bring in dialog different knowledge bases and legitimacies, co-create knowledge, recover memories that are more ancient than those generated in times of crisis, efficiently counter the challenges of everyday life and those of the future, rebuild curricula to be more consensual, and especially more accessible to the majority.

I think that this is luckily the ultimate message of the HaB project. At Saint-Louis, HaB will be enacted in colors and sounds along the following lines.

Dar Impressions: The Other Story of Asia-Africa Relations
9 November 2018

Teaching the Neighbourhood: Notes from the Methodology Workshop
3 September 2018 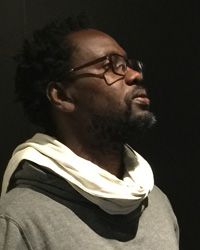