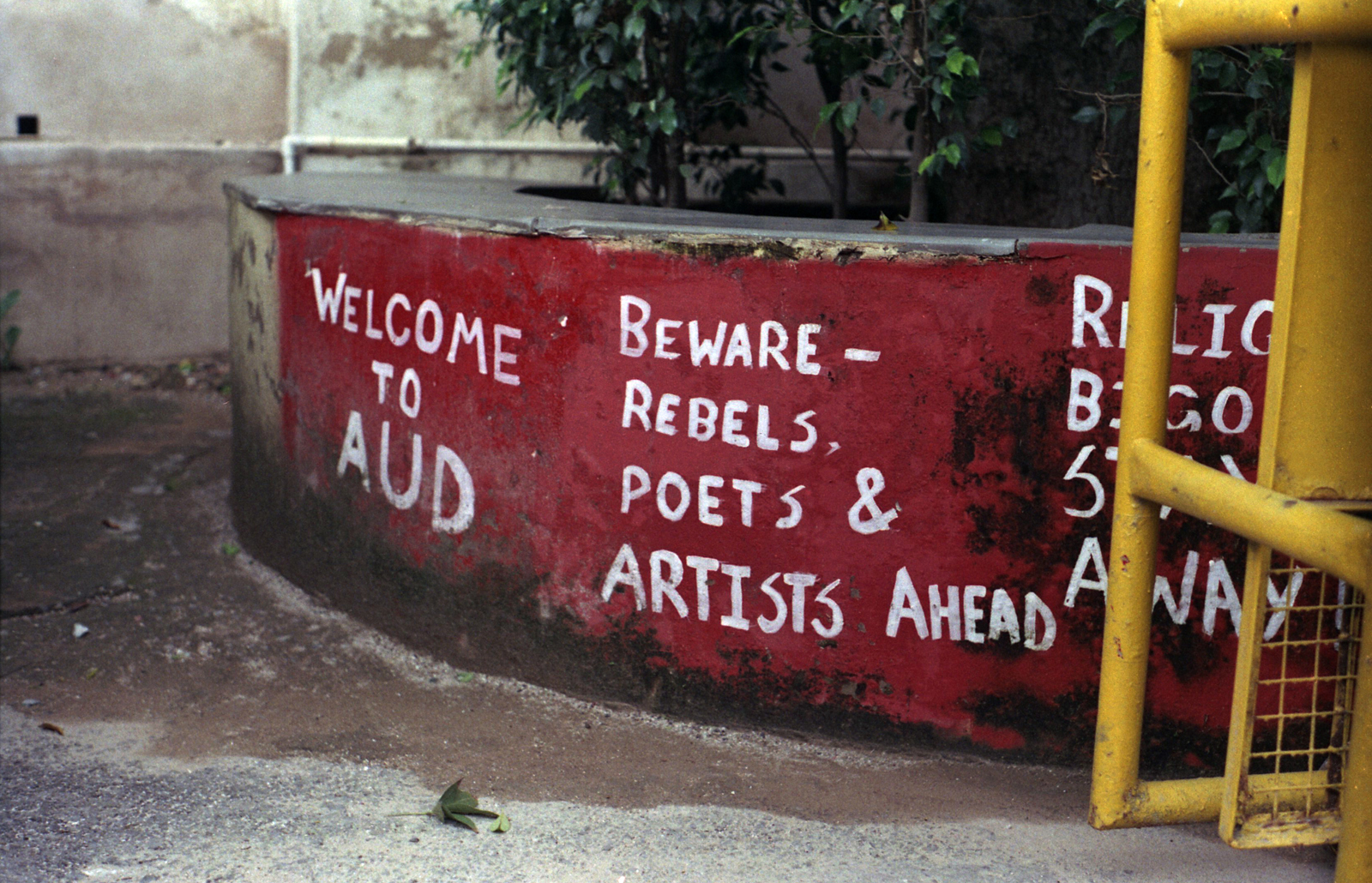 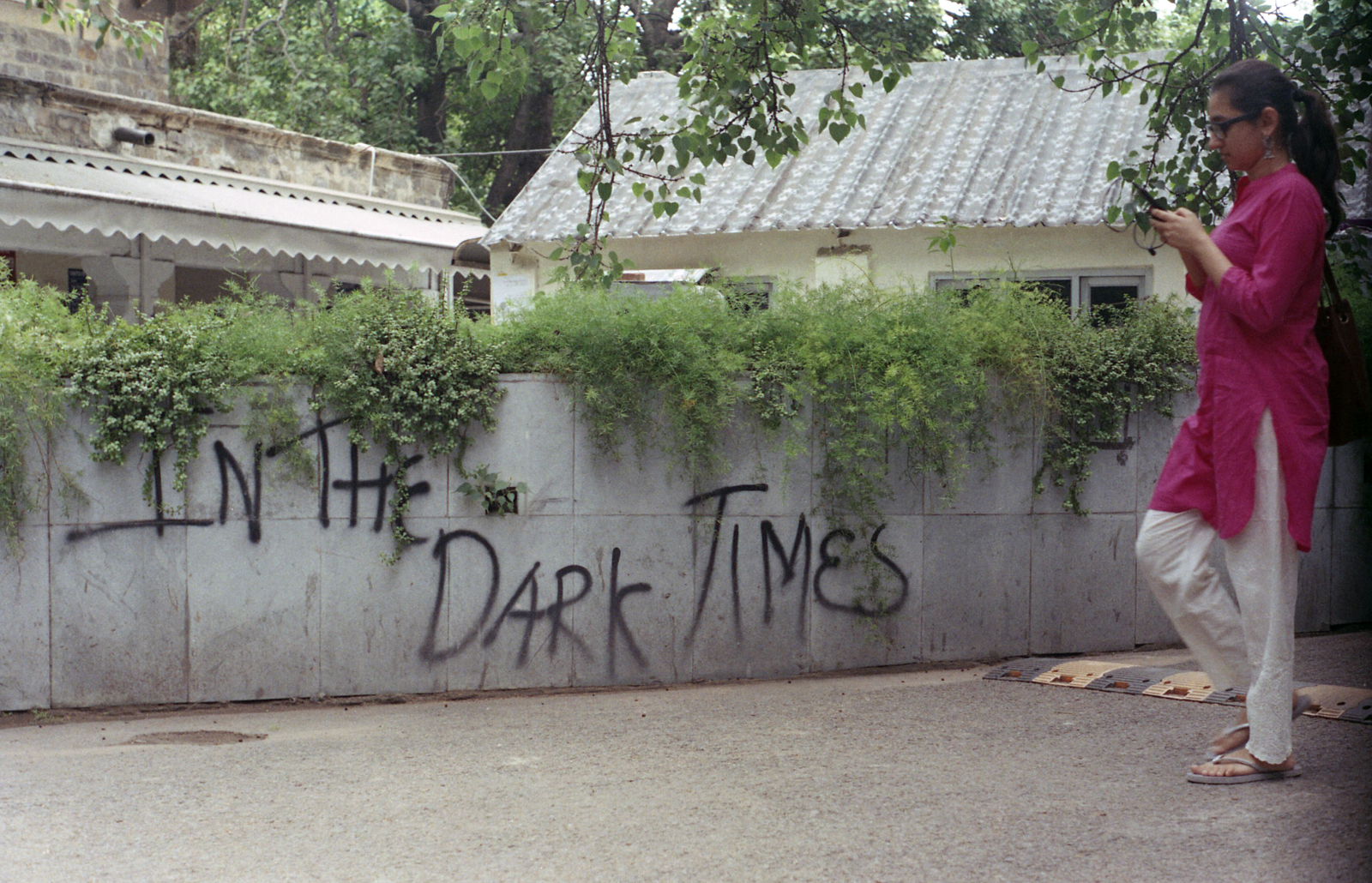 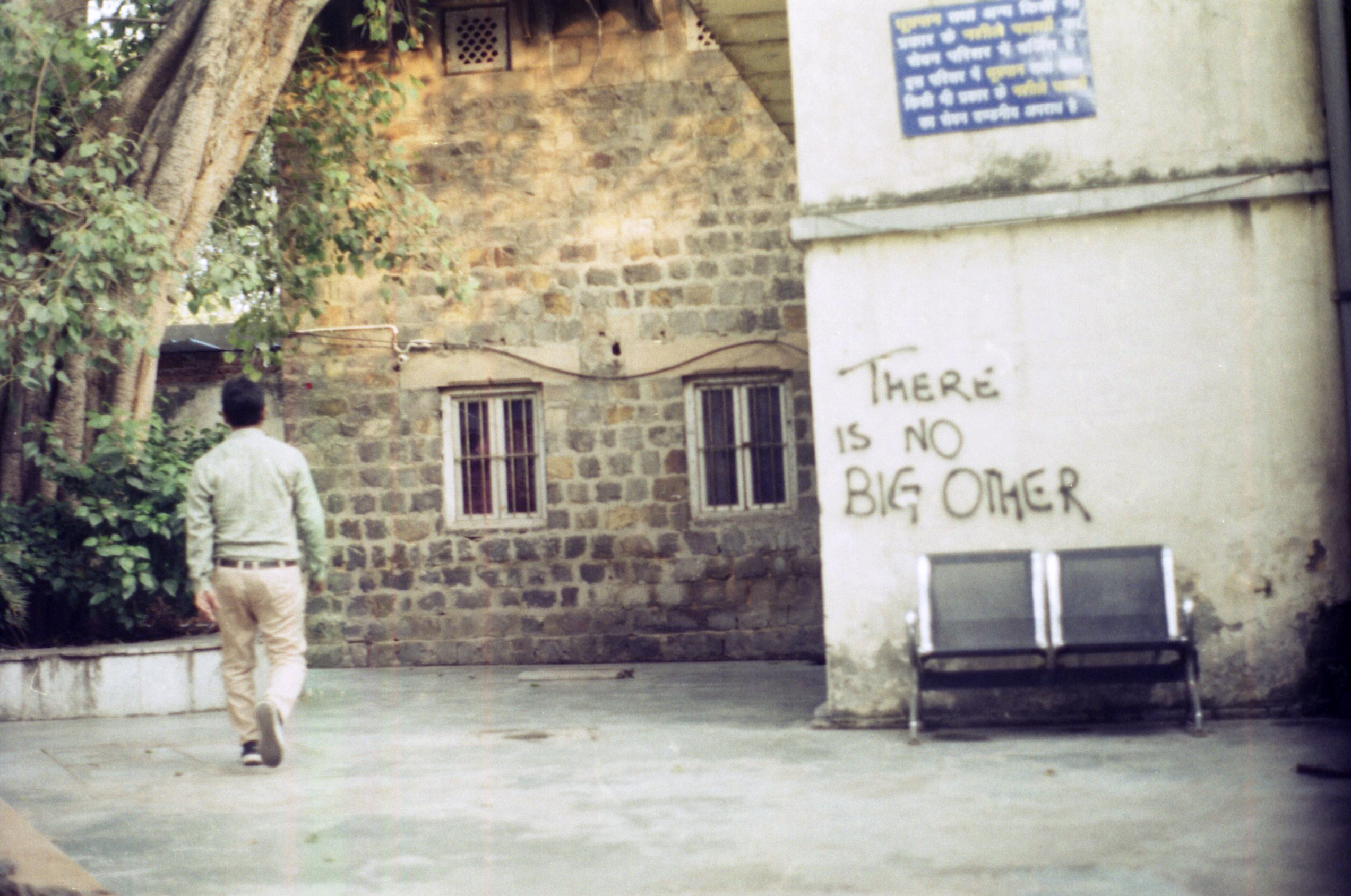 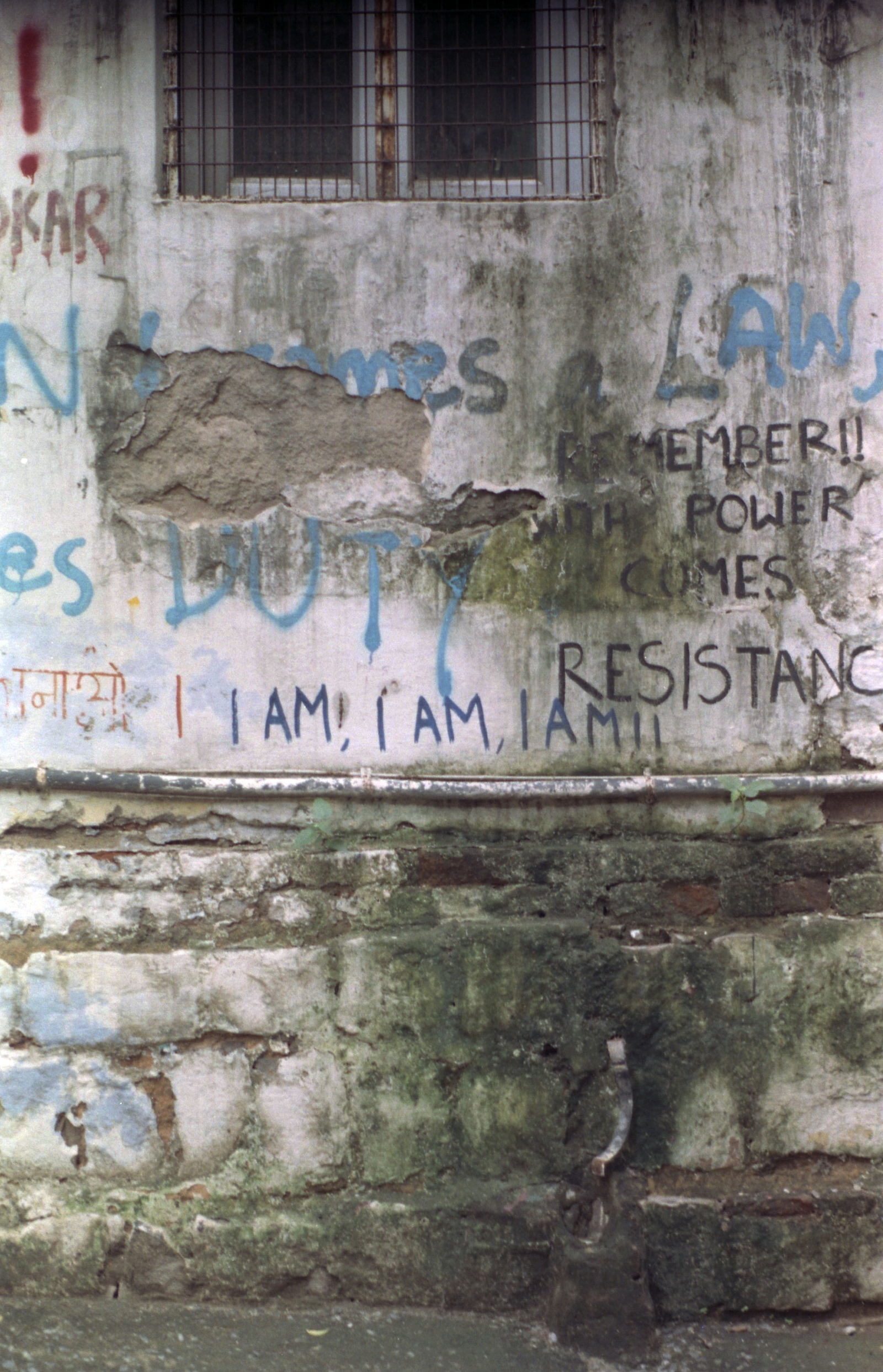 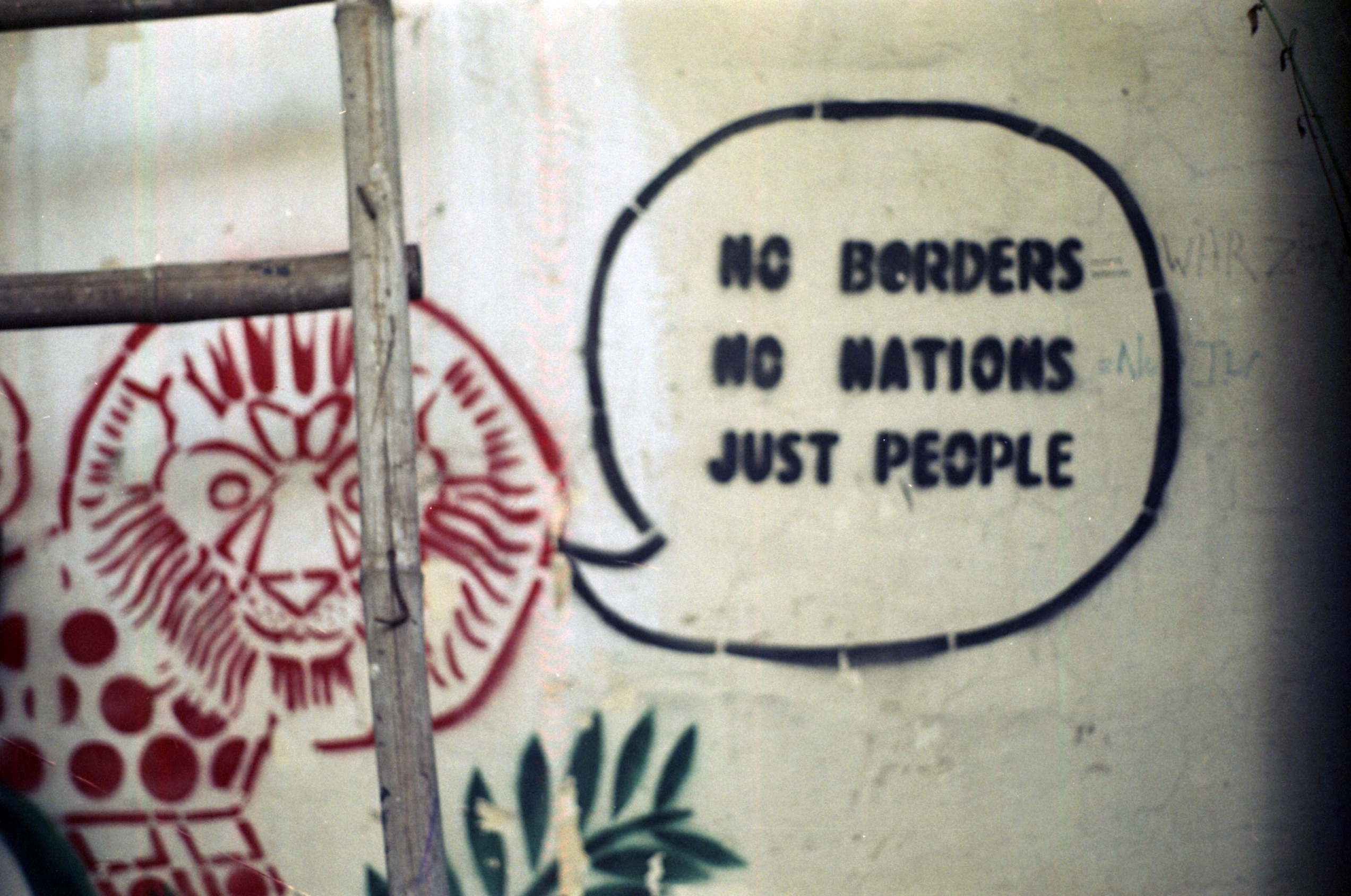 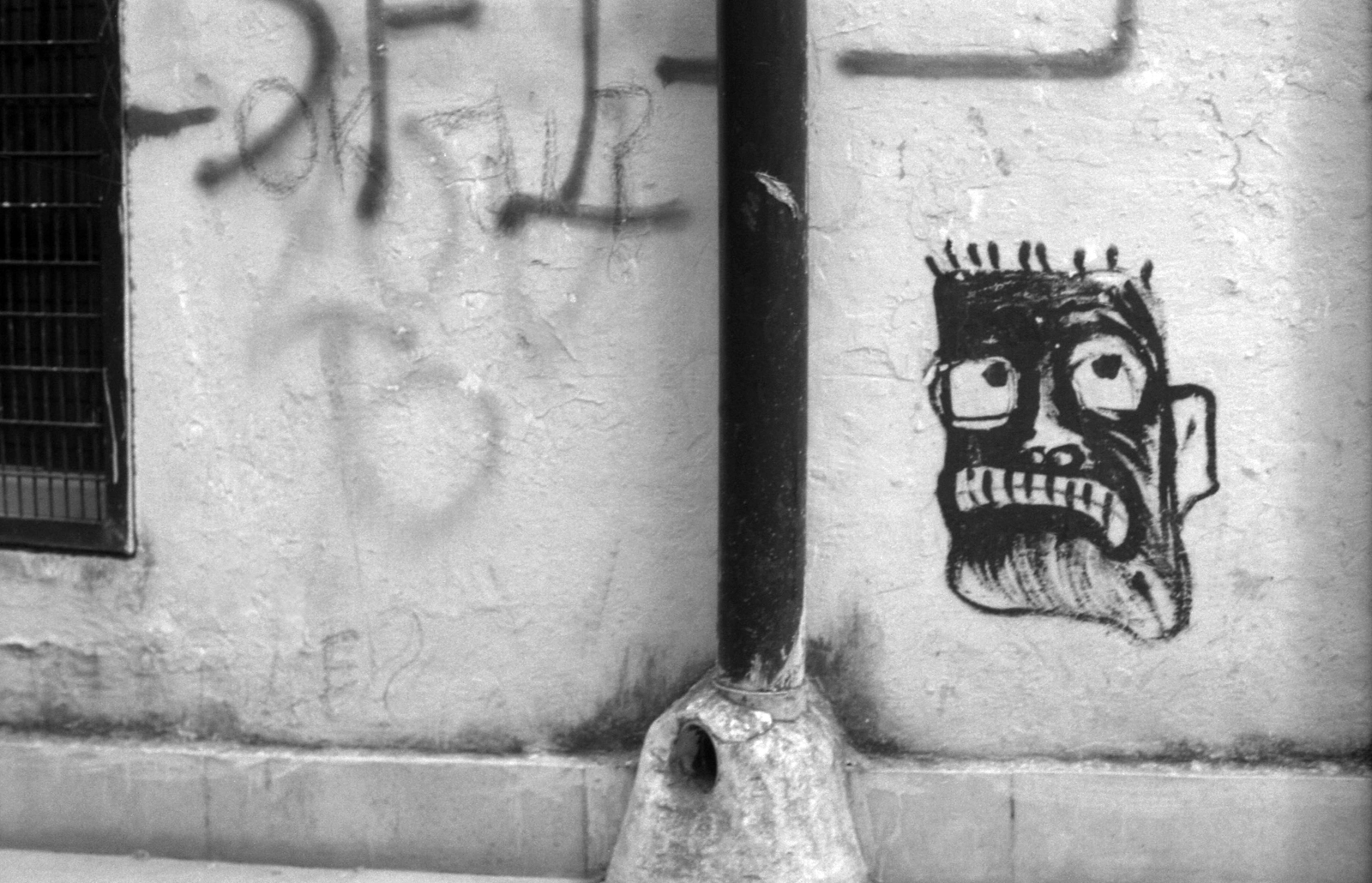 I initiated this project as an attempt to document what I saw as a thriving culture of dissent and student politics through the graffitied walls of the campus. I chose to do this on 35mm film as I thought the juxtaposition of this almost permanent analog format with an artistic medium that is so ephemeral was very compelling - indeed, some of this graffiti disappeared the day after I took the photograph, while the rest was taken down in the subsequent months after political appointments in the top level administration (including the Vice Chancellor) from the far right (aligned with the RSS and ruling BJP) created an atmosphere of hostility and fear. This is an administration that has suspended and taken disciplinary action against students for making graffiti and for protest, while fostering the rise of the RSS-affiliated student organization ABVP that only knows violence.

Ambedkar University is no longer the fairly progressive university space that stood out amongst its counterparts across the country it used to be -- as a space for critical thought and oriented towards social justice. This was because its community - working class, dalit, adivasi, bahujan, queer, disabled, women students, faculty and staff, had fought hard to make it so. As a university that charges an exorbitant fee for a public institution and barely has anti-discrimination policies for marginalized communities, for AUD to lay claim on Ambedkar's radical legacy was already a stretch. Today, it has become almost unrecognizable to me three years later. Fee-exemption policies for students of marginalized castes or with disabilities are on the chopping block, while the democratic, progressive policy for the prevention of sexual harassment has been done away with, and there are continued attempts at scuttling the constitutionally granted affirmative action policies for marginalized castes and tribes. Students and faculty alike have faced the brunt of a vindictive administration that seeks to enact the agenda of the fascist ruling party while silencing all forms of dissent.

In a way, I ended up documenting what this space, with all its internal contradictions, the possibilities that it represented, and all that it meant to its students, has now lost. Embodied by the graffiti, the tearing down of walls and subsequent whitewashing came to represent the beginning of a dark new period in the history of our university. I’m grateful I got the chance to see what it used to be, and also for the ability to show the world.