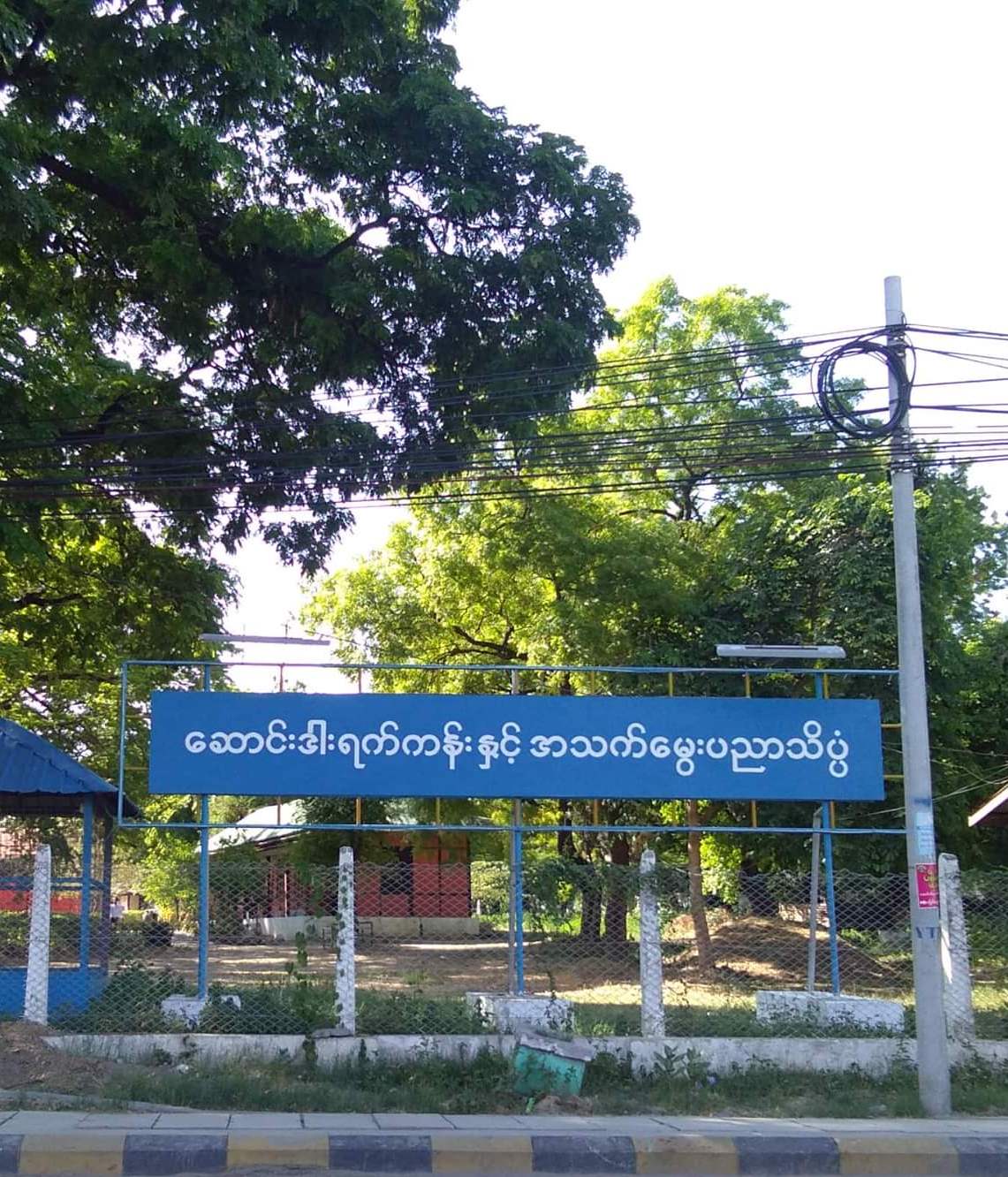 The Saunders Weaving and Vocational Institute (SWVI) is situated in Yay-twin-nyi-naung ward, Lay-su quarter, Amarapura Township, Mandalay Region on the side of Mandalay-Sagaing road.

Till 1910, the local weavers used the hand throwing loom which could weave 24 inches only. When Mr. L. H. Saunders, Judicial Commissioner of Upper Burma, found that the technology of hand loom in Myanmar was old, he introduced in 1910, a fly shuttle loom used in England.

The weavers gradually adopted the fly shuttle loom. This transformation in weaving is observed in the local saying lunpyan-asa-Saunders-ka in Myanmar’s weaving history.

The Saunders Weaving Institute (SWI) was inaugurated for training 1914 and named after Mr Saunders as an honour. From this time on, the Amarapura Township came to be figuratively called as the weaving city - yetkan-myotaw. In 1954, the power loom was introduced by this Institute.

The lunyakya acheik training course was started in 1953. The first photo is of the acheik method book which was published at SWI in 1971.

In 2014 November, it upgraded from SWI to SWVI (the second photo) to commemorate the centenary of the School. Diploma in Textile Technology was started at the same time . This Institute accepts and teaches the trainees on the basis of per year/ per month plans. The government pays 30,000 mmk as stipend to each regular training student.