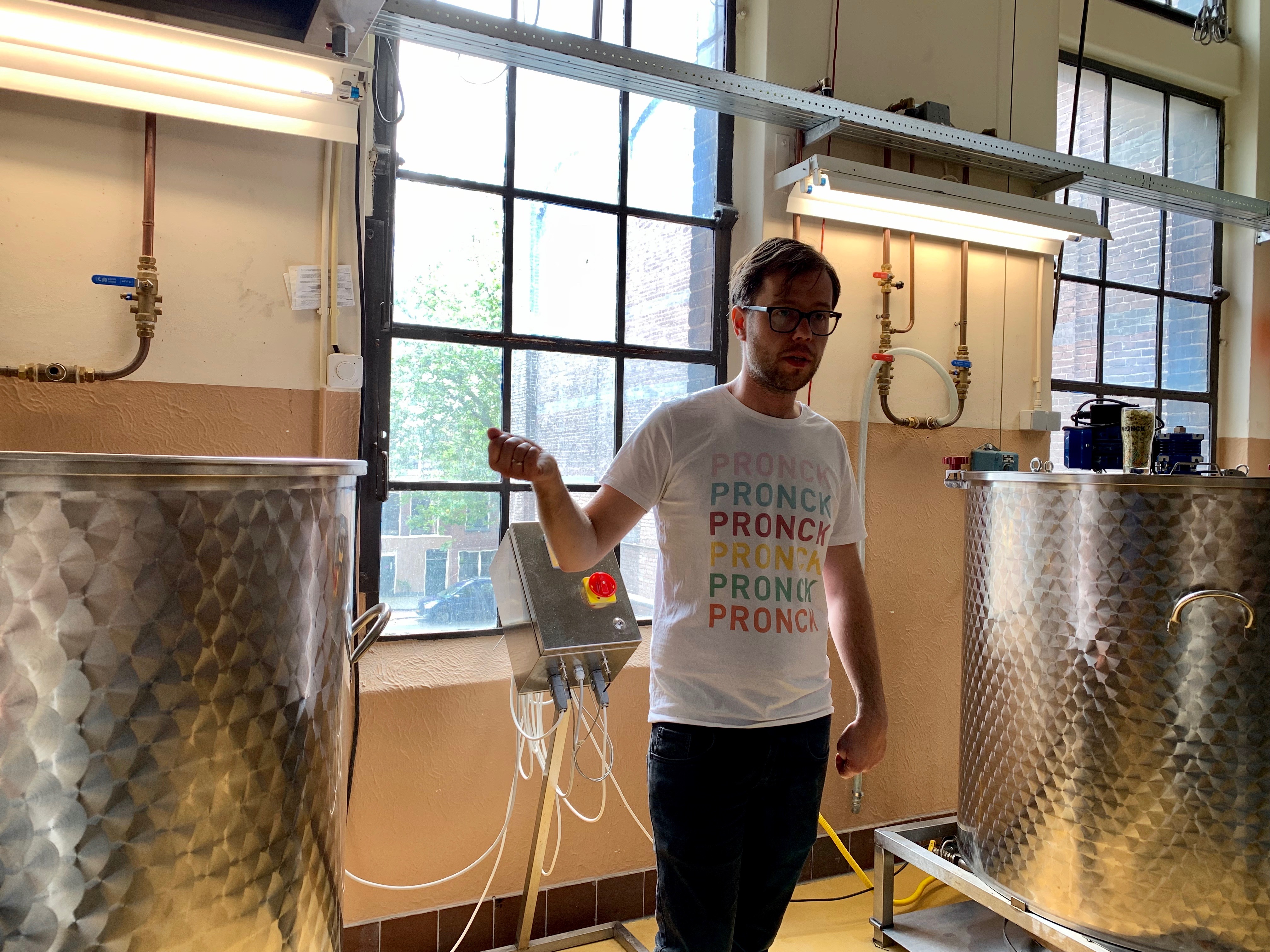 Time in the craft

“ Pronck” is one of the brewing company in Leiden, Netherlands, which was founded in 2014. Today we have Benjamin, one of the founder, who was a tax lawyer before guided us. His love and enthusiasm toward beer inspired him to start the brewery without the background of brewing ancestors, but with his university friends.

Brewing craft beer requires four main ingredients, including wheat, hops, yeast and water. To start brewing a craft beer, the team of Pronck re-modeled the process of brewing beer, made a deep study, developed recipes and standardized the process of breaing craft beer. As what Benjamin said “what I think the definition of a craft brewery is nowadays is a brewery with a with a lot of hops and a lot of taste and flavor.”It is the point that is different from the beer factory like Heineken brews beer. On the other hand, behind these words, it is about the time in craft.

First of all, it needs time to research on, design, test and figure out the recipe of craft beer. Malt can be subdivided into hundreds of species, and the same as hops, which have different flavor effects in each place of origin. Yeast has different strains. The mineral content and PH of water are different, plus various types of hops. The inter-materials are interlaced. Thus, the diversity of craft beer in terms of color, bitterness, aroma, flavor, taste cannot be estimated and figured out easily. Second, the process also takes time. Each ingredients needs time to interlaced and fermented. If we take ingredients as part of craft, the production also takes time. It is the time on each stages which involves a combination of mind and body working together makes things specific and different. Moreover, its features beyond the time makes it as a craft. On the other hand, if we take time as a perspective from future, it is also the time that makes craft become a tradition one day in future.