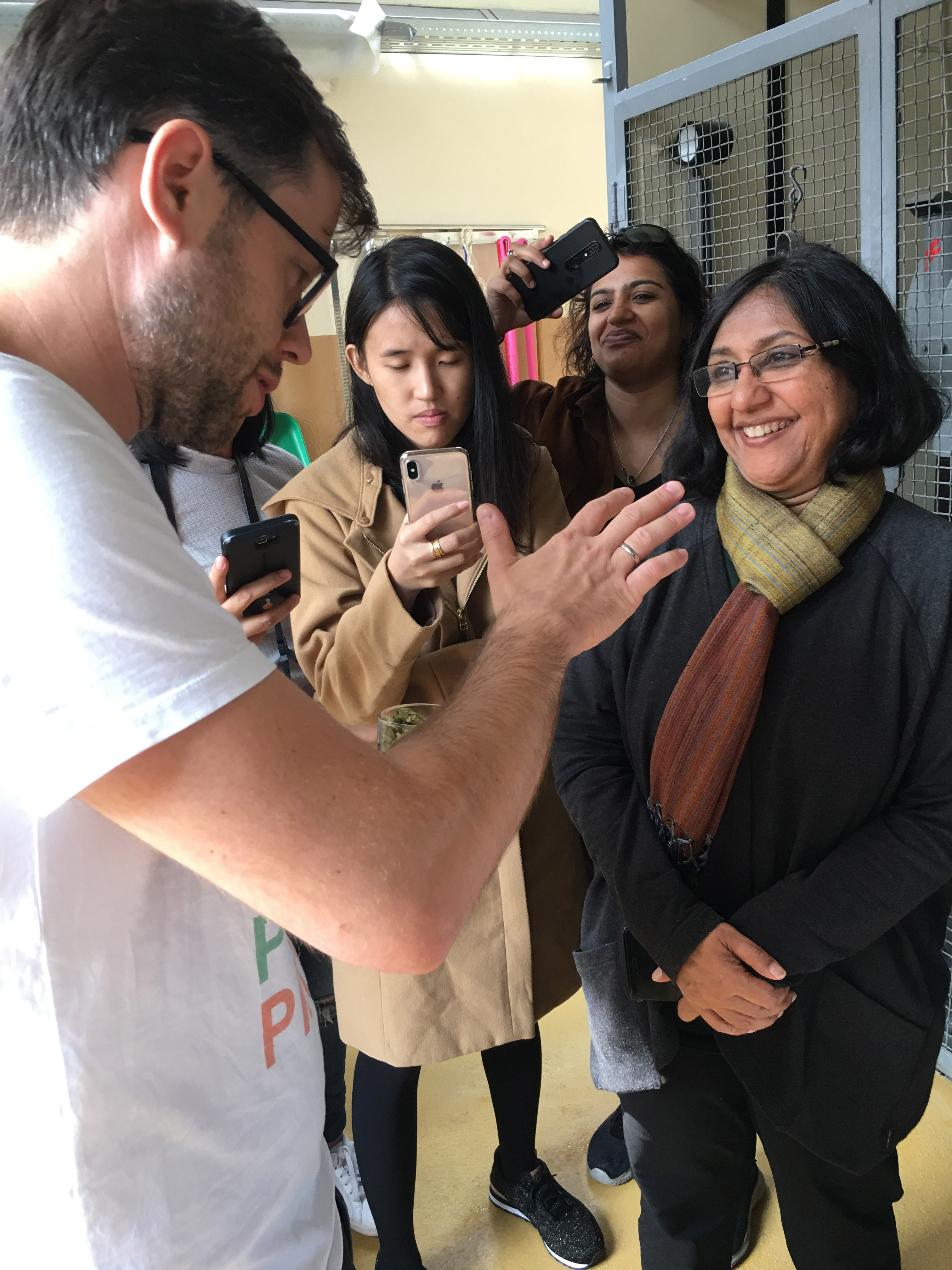 The second day of Reading Leiden 2019

While visiting the craft beer brewery, Benjamin, one of the co-founders of the brewery, was the tour guide for our visit. I find three terms were used frequently in his talk: 'to be honest,' 'but' and 'the beauty is.' The image been built from these word choices breaks some stereotypes on craft in my mind, but also proves some imaginations I had.

Benjamin was a tax lawyer before co-founded Pronck in 2014. His love on beer inspired him to start the brewery with his long-time friend from college fertinity. During the tour, he shared a lot and tried to answer all the questions from school members as detail as possible. He started his answers several times with 'to be honest' while speaking about the challanges of running the brewery, and some realities he cannot deny. For example, while being asked on if all ingredients were orinigated from Leiden or the Netherlands, Benjamin replied,'to be honest, we would love to. But for some ingredients the Netherlands cannot supply due to weather and other factors.' Benjamin also replied another question on if the brewery put efforts on being eco-friendly. He said, "to be honest, drinking water is more eco-friendly than drinking beer." However, people can understand the brewery's effort on refining the quality of beer and enhancing its impact from some of his 'but's in the sentences. After Benjamin said that drinking water is more eco-friendly than drinking beer, he mentioned the big beer companies have more budgets building eco-friendly process. But craft beer breweries have space to explore possibilities refining process with the spirit on being eco-friendly. Benjamin's eyes sparkle while telling the process of making beer. He used 'the beauty is' several times in the introduction.

To me, the three terms Benjamin used a lot can be related to some common fascination of craft and people devoting in it. 'The beauty is' shows the passion and love on process. 'To be honest' speaks out limitations of craft comparing to industrializaion. The 'but' reveals the dedication from craftsmen refining techniques.