"As God Made Them...-Pierre Chouteau" by Jessie Tarbox Beals 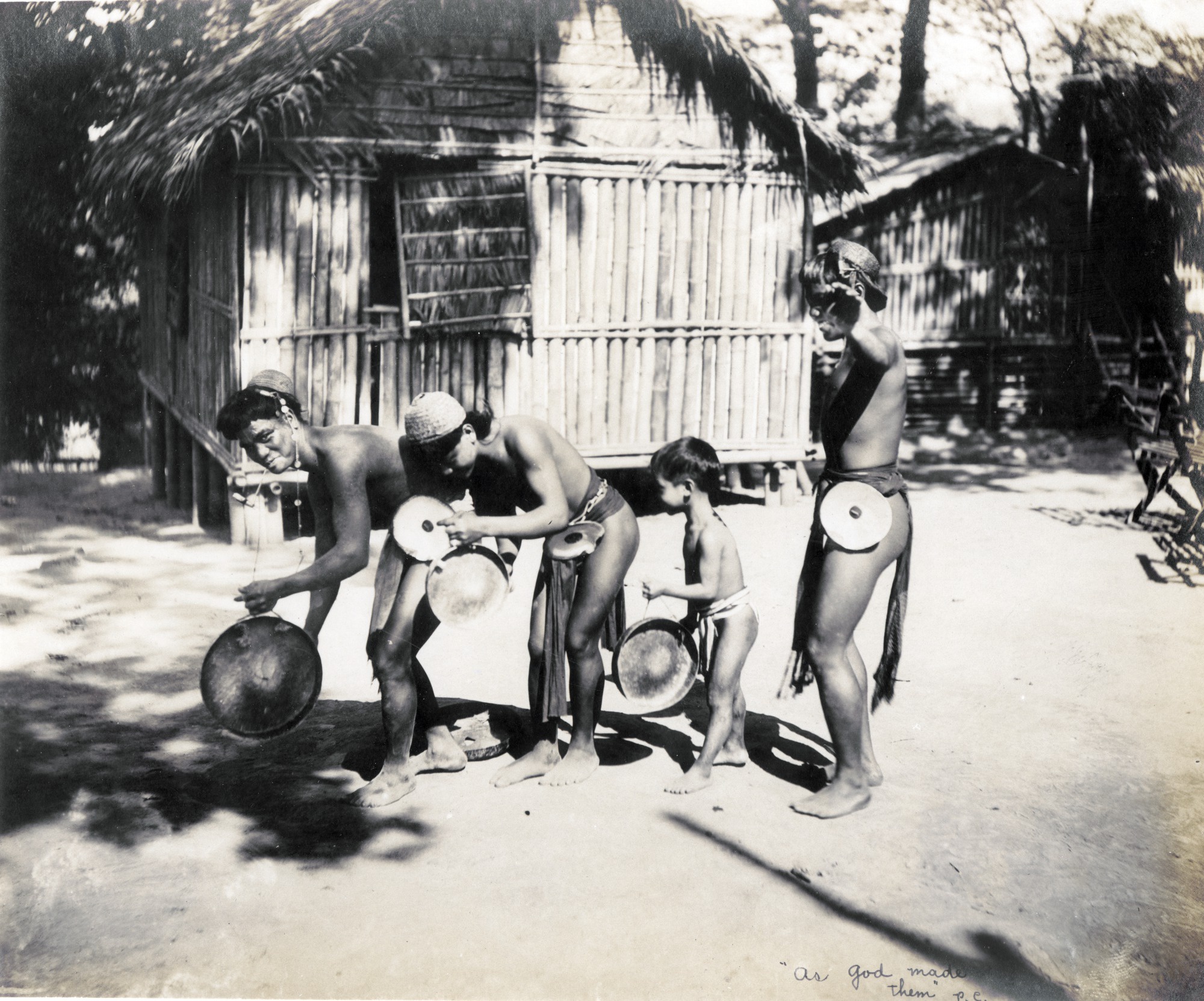 In this photograph from the Missouri Historical Society archive, titled by author Jessie Tarbox Beals (1870-1942) as “As God made them… Pierre Chouteau”, it depicts 4 Bontoc Igorot (an ethnolinguistic group of indigenous Filipinos from the Cordillera region of the Philippines) boys as they dance what is most likely the Ballangbang, a cultural dance performed during mass celebrations and social gatherings. Taken at the Philippine Village in the 1904 World’s Fair, the boys carry out the dance with gangsas in hand, gongs that are often held by the men while women accompany them as part of the performance. While no audio or video exists of the dance being performed at the fair, included as well is a more recent performance of the dance, performed in Benguet, Baguio City (a city within the Cordillera). This is not only to hear what the dance may have sounded like at the time, but also to show the enjoyment and celebration the dance continues to instill among Igorot people.

In other accession cards about the topic (see related links on the left), aspects of Igorot culture were used by the American fair committee to present the indigenous Filipinos (and by proxy the archipelago as a whole) in a way that justified the United States’ civilizing mission, specifically looking at aspects that were violent (like the act of dog-eating) or exotic (like the lack of clothing) to Western culture. And in a similar vein, dances such as the Ballangbang were performed all throughout the day by the Igorots at the behest of the organizing committee during their time at the fair for all to see. It is somewhat ironic then to see the title of this photograph be “As God made them.” While Louisiana native Pierre Chouteau may have believed this as one of the stated aims of the fair’s anthropologists was to present the Filipinos in their ”natural” state, it assumes that the Igorot people were acting as they would have if unaware of the American fairgoers observing them, when in reality that is hardly the case. Many of the Igorots were paid by the committee to go to the United States for these exhibitions, and despite being made to only stay within the Philippine Village, had many instances where they interacted not just with American people, but American culture and technology, which raises the veracity of these claims from the anthropologists. So how aware and cognizant were the Igorots really, and do we have evidence of this today?

And after reading further into the experiences of the Igorots at the fairgrounds and their relationships with other indigenous Filipino groups and the American-supported Philippine Scouts and Constabulary (who received more freedoms at the fair), inconsistencies like that and photographs like this I believe can take on new possible interpretations which takes into account their agency. As the Igorots were known to have used their instruments to disturb Philippine Scout marches to show their disdain at the inequality of freedoms afforded to them, I cannot help but wonder if these boys were a part of the irreverence as well, laughing and enjoying themselves as they loudly play their instruments to annoy the Scouts and exercise their own agency through their own cultural dance and are inviting Beals into the experience.

Sometime between April to December 1904 (During the Louisiana World's Fair)

Readjusting the focus: Exercising agency through the Ballangbang cultural dance

Igorot means "people of the mountains" in Tagalog, has been phased out over time due to its derogatory connotations in favor of the names of the various ethnolinguistic groups in the region or the umbrella terms of the ‘Cordilleran peoples’ or Ifugao/Ipugaw (also meaning mountain people in Tagalog)

Ballangbang refers to one of many indigenous Igorot dances, with different variations across the Cordillera Autonomous Region in the Philippines, and is often done with many participants during social gatherings

Gangsa refers to a small gong, usually carried by Igorot men as part of cultural dances such as the Ballangbang