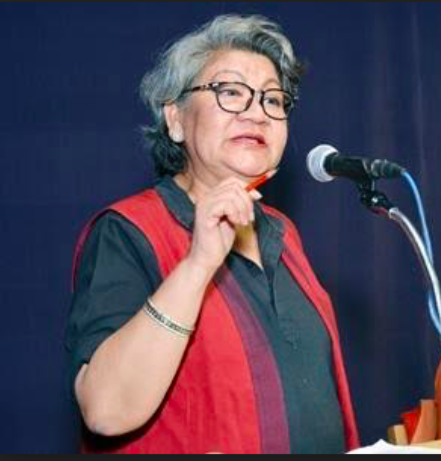 This is what Monalisa Chankija had to say when we asked her how she views women's freedom in Naga society:

"It is not as if women don’t have freedom in Naga society but it is a fettered freedom ~ this freedom is conditional to being “good” Naga women by following the
customs, traditions and cultures, primarily being submissive to men, which needless to say are extremely patriarchal. So you see, a woman who shows a mind of her own
jeopardizes her freedom and fetters herself to stigmas that will be etched in the collective memory of the tribe, village, clan, family, etc., and will brand her female progenies because memories of what is perceived to be “not done” in Naga society and culture, arenever forgotten. You will also notice that even “educated” and “enlightened” in very high Government positions, with social status and economic power, do not jeopardize this fettered freedom by contesting the speciousness of the patriarchal foundations of Naga society, as a corollary most of Naga culture, traditions and customs. Even the tenets of democracy, which is centered around the personhood, equality, freedoms and rights of every individual, female and male, do not compare, counteract, counterbalance and counterweigh with the fettered freedom Naga women, educated or not, feel is preferable. The ability of Naga men to forcibly silence women, dictate women’s stands and actions during the protest against women’s reservations in ULB elections early this year substantiates this. In brief, Naga women’s freedom in Naga society is what Naga men say it is."