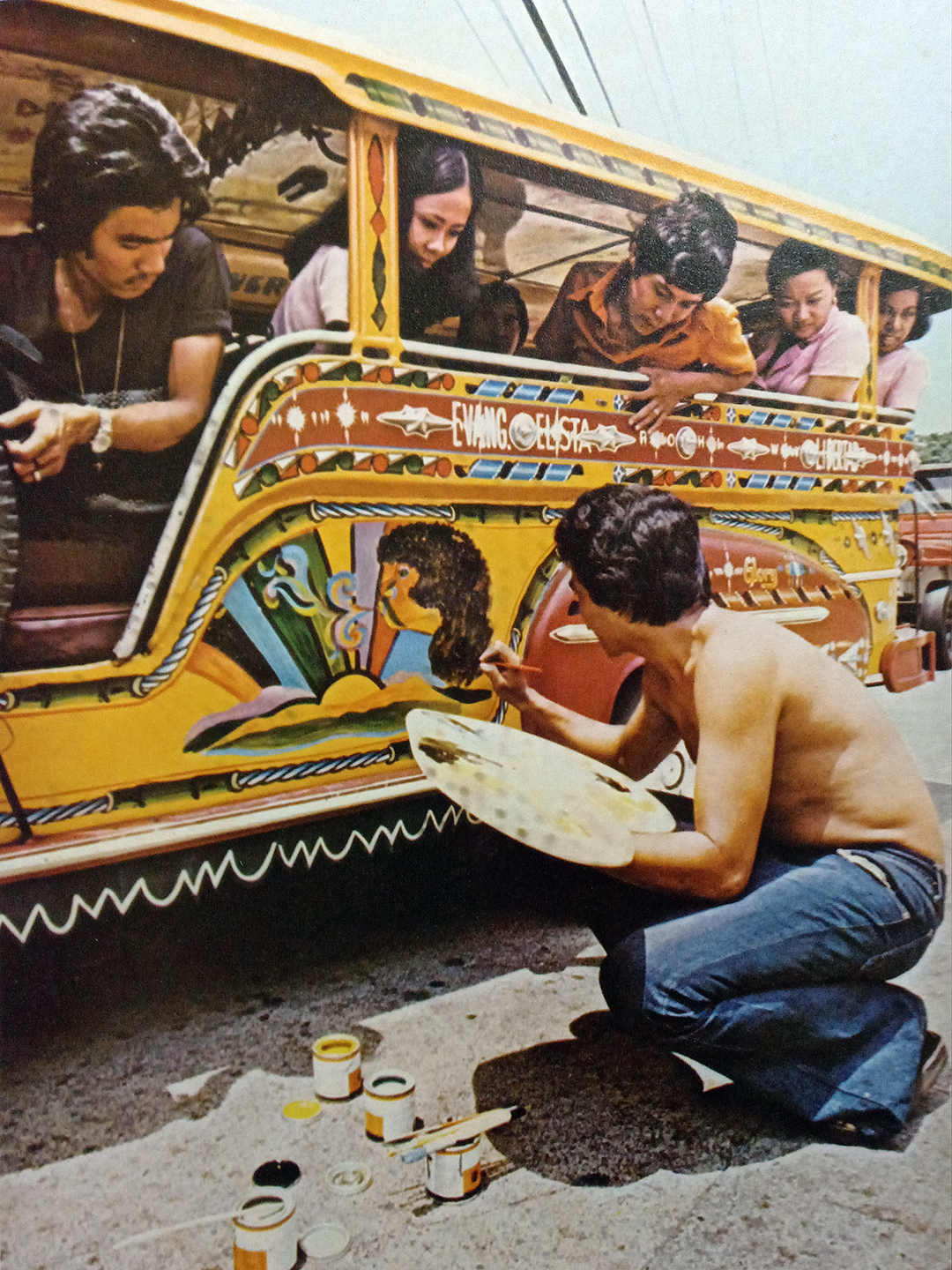 The first photograph was one taken by Italian actress and photojournalist Gina Lollobrigida in 1975 Cubao, a district within Quezon City, one of the most populated cities in the Philippines. The photograph captures 6 onlookers (including the driver) watch as an artist paints onto the driver’s jeepney a man blowing wind into the mountains while the sun rises. The other photograph, of jeepney artist Vic Capuno in 2018, shows him painting a monster truck onto the side of a jeepney in his San Pedro workshop.

Jeepneys are a form of public transportation unique to the Philippines, with roots in Philippine-American colonial history, having been developed from leftover WWII-era American military jeeps. Part of their iconography for many Filipinos are the kitschy designs that plaster the entirety of the vehicle, often made up of small objects owned by the driver, along with decals & paintings of a surprising variety. These paintings can include religious symbols, famous actors, pop-culture characters, logos of businesses and many others that may induce a headache in one familiar with copyright law.

Each design is viewed by drivers as extensions of themselves. Being so heavily personalized, one can get a sense of what interests them as well as what captures the Philippine zeitgeist. On the side of the artists, they are looked at with pride as fully customized & designed jeepneys are very often unique to each other. Edison Lao, the head of one of the few jeepney manufacturers left in the country, described how jeepney artists feel of the practice:

Looking at a jeepney design is like looking at a canvas at an artist’s studio.

Usually these designs would be done in conjunction with by jeepney manufacturers and automotive shops, and up until the last decade or so, would be filled with hundreds of orders a month. Due to environmental & traffic concerns however, jeepneys as a whole are slowly being phased out, and with it, the practice of the jeepney art.

The Filipino Jeepney: A Dying Art