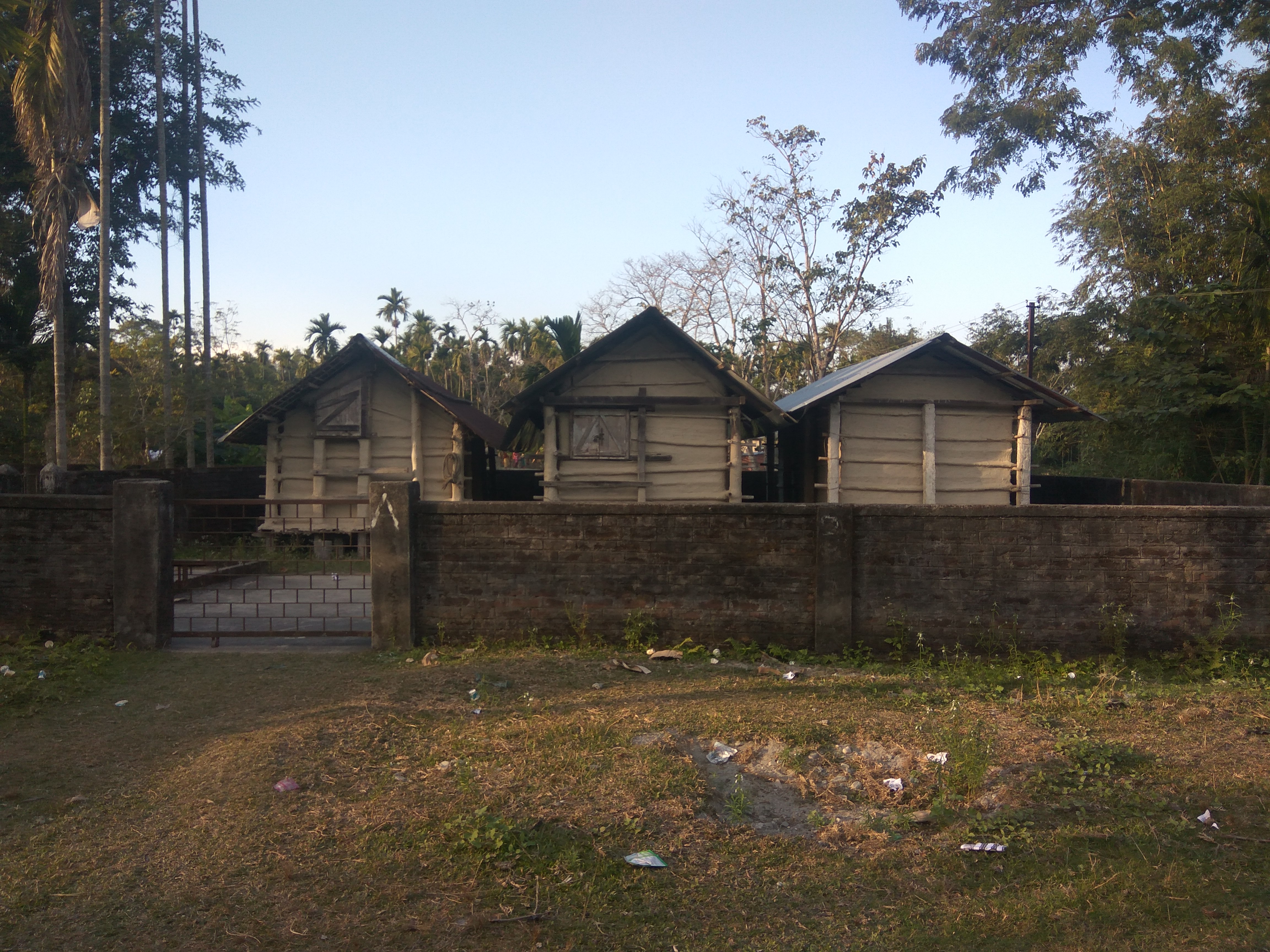 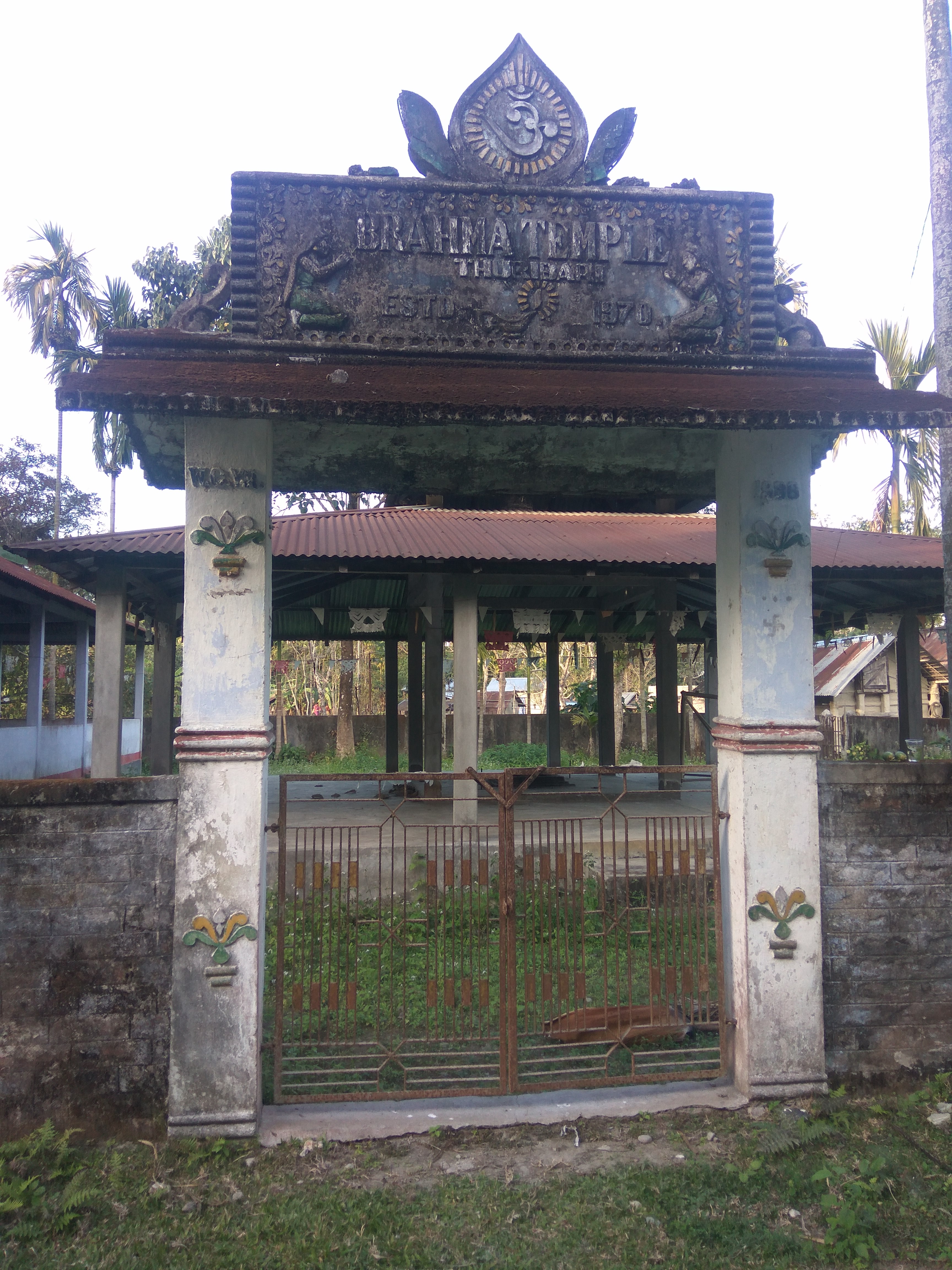 Bakhri II
The community Bakhri (Granary) at Thuribari, Kokrajhar, is one of the few such Bakhris seen nowadays in Assam. Community Bakhri is representative of a communal living and sharing. Located in an open village space just opposite the Brahma temple, these three small raised mud houses look ordinary but the significance and relevance of them in Thuribari community life is clearly visible from the well-maintained condition of it.
Each of these three Bakhris standing in one line are meant for the use of specific purposes. The central one is for the whole village community to which each household contributes as per the decision taken by the village committee. The paddy stored here is for the use of common events but at times of dire need any village member /family can borrow from this pool and repay within a stipulated time with interest.
The one on the left is for those who are followers of Brahma Dharma, the religion adopted by the Boro in the early 20th century, which was introduced and preached by Gurudev Kalicharan Brahma. It is a version of Hinduism influenced by the philosophy of Brahma Samaj, which became popular among the upwardly mobile, educated Boros. This particular Bakhri is for all common religious  and cultural events  observed by the followers of Brahma Dharma.
The one on the right is for the use of households who practice indigenous belief system, Bathou.  The population or number of households practicing Bathou is smaller in comparison. The Bathou followers practice a distinct tradition of worshiping through sacrificial offerings and have different calendar of events.
Maintaining community Bakhri has been the traditional practice here. Though it was common in the past but with changing time this practice has disappeared completely from many parts of Assam.

Bathou: Indigenous belief system of the the Boro