Trilokpuri is a resettlement colony in Delhi that came up during the Emergency years (1975-76). We chose it as one of the neighbourhoods to explore and engage with for a Neighbourhood Museum for multiple reasons. The neighbourhood is infamous for being notorious. It has been the centre of attention due to its constant brush with communal violence in the past, the worst of which was the 1984 Sikh riots and 2014 Hindu-Muslim riots. But one of the main reasons Trilokpuri caught our fancy is the fact that it houses people who form a major chunk of the service class in the city. From maids, gol-gappa walas and rickshaw-pullers to IAS officers and government employees, the neighbourhood is home to people in all kinds of formal and informal service sector professions, hence making an indispensible part of the city. 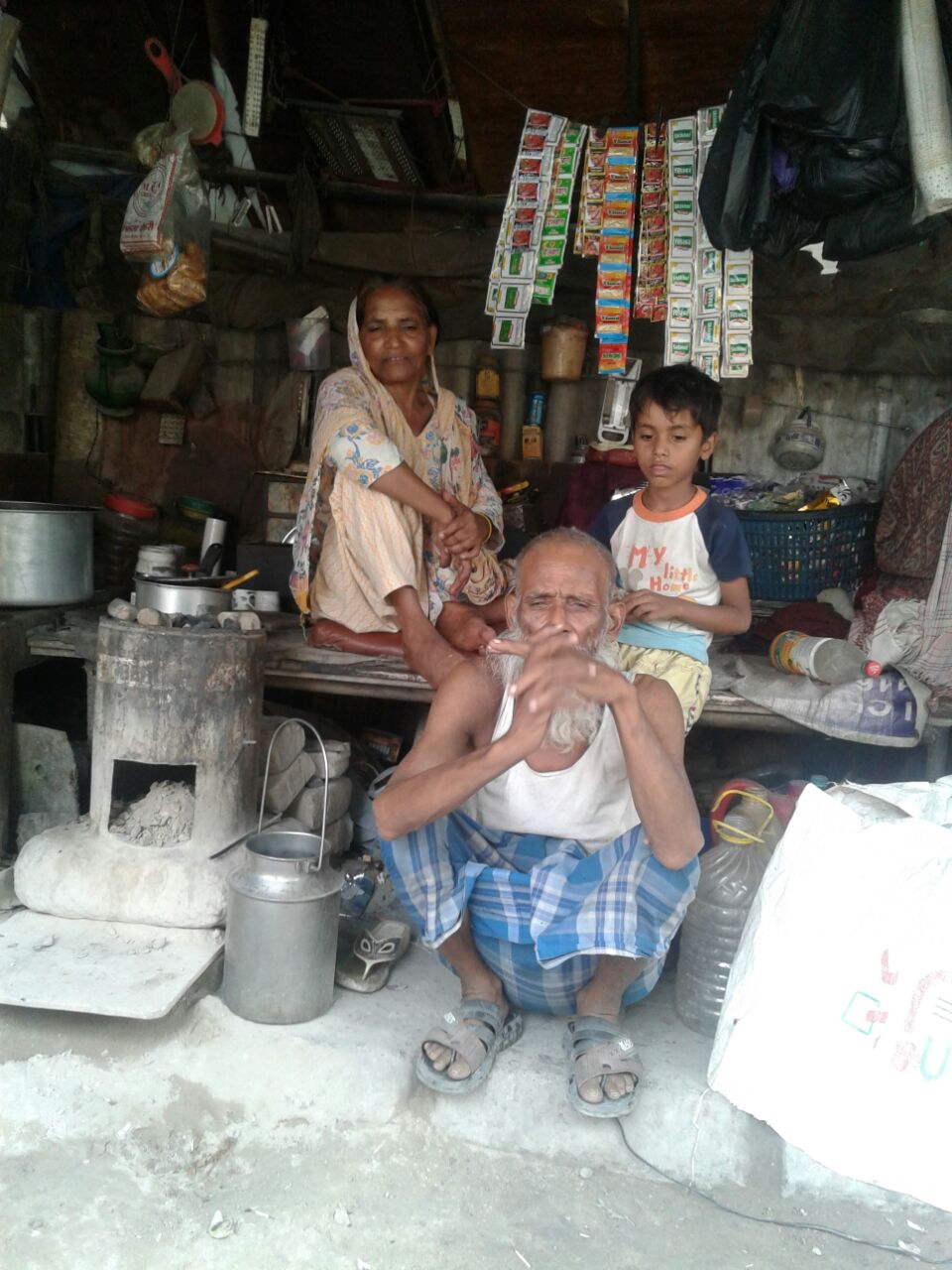 Mohd. Umar at his chai stall in Ambedkar colony (Delhi, 2017)

Interviewee Name and info: Kalika Prasad (Age: 57), resident of Trilokpuri, owns a petty shop.  Before an established market: “Earlier the goldsmith used to come in the lanes. You just had to place an order of the kind of jewellery you wanted and they would deliver it to your doorstep. There were no showrooms back then.” Toilets of the past: “Look, those days the toilets were of a different kind… The public toilets were on a platform, you had to climb a couple of stairs. They had no doors, just a walled compartments… Drums were placed underneath (the platform) and buffalo carts would clear the drums every day around 11-12 in the afternoon.” Trilokpuri Riots 2014 experiences: Narrative 1: Kalika Prasad: “Yes, the area was under curfew (in 2014) but the situation was under control. It was so because the fight happened only in a small area and not the whole neighbourhood.” Narrative 2: Zeenat, 28 (resident of Trilokpuri, Bolck 32): “Block 32 was completely evacuated during the riots in 2014… there was a fear that the Hindus would kidnap and rape Muslim women… So, all the women were sent back to their villages. Blocks, 32, 15 and 27 were all empty.” 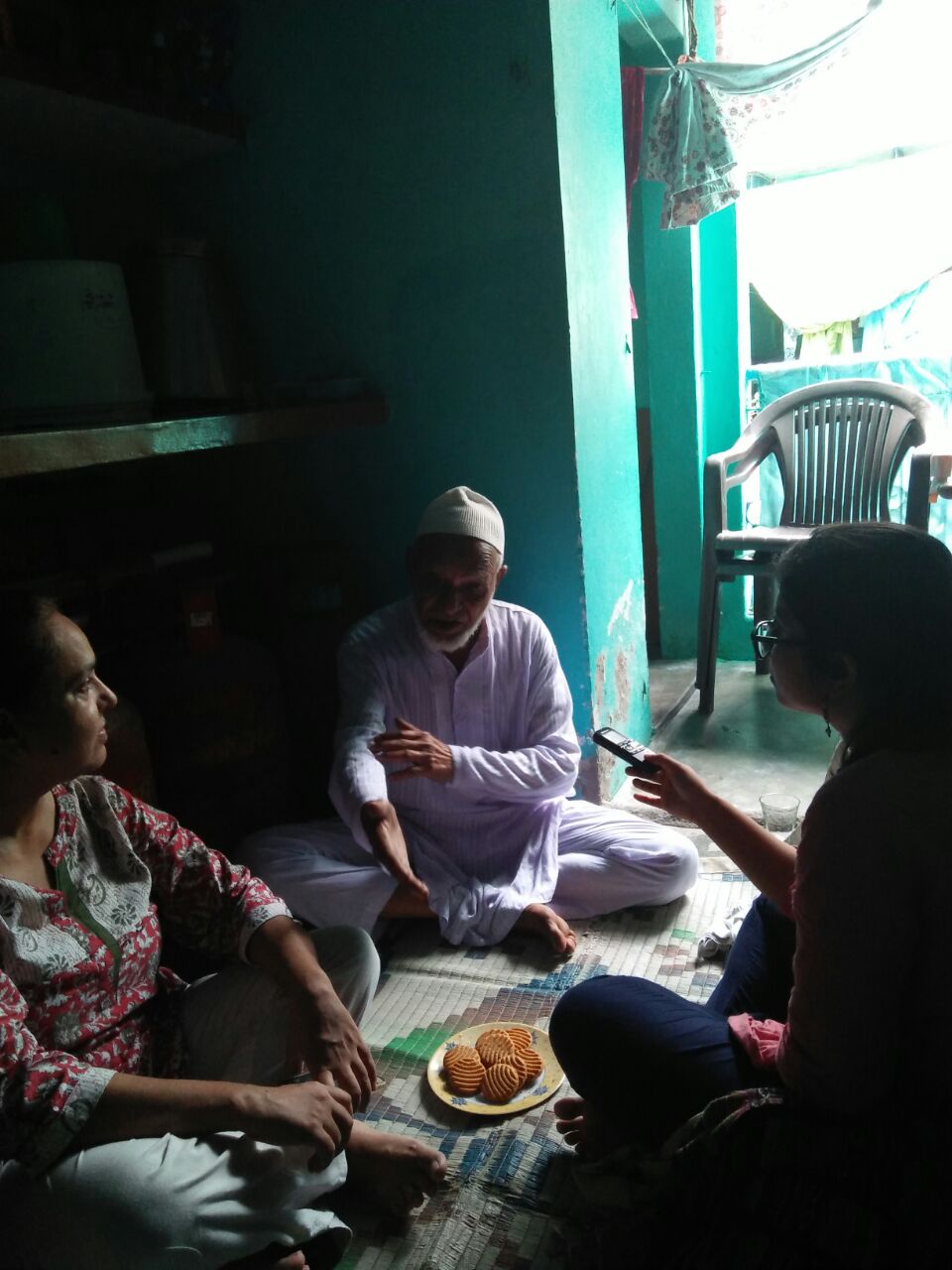 Interviewee Name and info: Asif, (Age: 28) scrap dealer, former resident of Trilokpuri: Moving and settling in Trilokpuri: “We were relocated here (in 1976) after the demolition of our slums in Kalkaji. Our father lived here ever since. It was jungle area back then. There were houses made of tin, brick houses came up later. The government had given them (people who had relocated to the area) a loan of 2000 rupees to build their houses, so everyone made boundaries and put up bed-sheets as separators.” Narratives on the 1984 Riots: Zeenat: “I have heard that many Sikh women were raped and abducted during the 1984 riots… Many were burnt alive… The uncle who used to live in the house across the street lost his government job because they thought he was part of the group inflicting violence on the Sikh community. But that wasn’t true. He had actually helped many Sikh families hide in his house.” Rajesh Kundra (Age: 46), journalist: “Post the 1984 riots, good teachers stopped coming here. Nobody wanted to work towards developing the neighbourhood. They used to say ‘They will kill us there, they will kill us there.’ Slowly people started to leave the neighbourhood.”