This post is part of the reflections of the first year MA students of Cultural Anthropology and Sociology at University of Mandalay from their field visits. This has to be located against the fact that teaching in Myanmar is still very traditional in its setting and out-dated in its references. We have been trynig to break this by adopting HaB methodology and pedagogy.

The MA first year students of the Anthropology Department, University of Mandalay, have to take Module-611 Cultural Anthropology and Sociology and this module is split between two faculty members. I teach the part that covers cultural anthropology. In addition, before the outbreak of Covid 19, we were planning for the second HaB experiential school, Reading Amarapura, scheduled for August 2020. As part of ground work, we were searching for weaving sites for field visit for the school participants. In both efforts, I have been trying to blend the HaB approach with our traditional classroom teaching. The students now have been going out for fieldwork to understand the concepts and taxonomy they read and learn in the classroom by connecting them with what they come to know through their interviews of the local people and site visits. In addition, whenever I have taken the students to the field visits, I have instructed them to connect their experiences with other academic fields of their programme.

Before their field visit in the first week of March 2020, I had briefed the students to look at ‘place’ as a site of knowledge and meaning, borrowing from HaB focus, while connecting the classroom with what they experience. These linkages would also be helpful for their MA thesis writing in their second year. After their field visit, the students were given time to discuss their findings in the class.

The following was shared by a student, Soe Win Than, who is also a poet.

I also got a story related to U Pein Bridge from a vendor who sells mango salad on the bridge in which I learnt “beliefs” which all the villagers of Taungthaman village firmly believe in. According to the story, Taunghthaman Bo Bo Gyi died in the middle of the Taunghtaman Inn (inn: lake) after he was bit by a tiger. Also, most visitors know this and I see this as the voice of the local people. Both villagers and most visitors avoid speaking of tiger. According to my knowledge, belief is derived from mind when we think of something. It is a part of religion which is also part of culture. So, belief performs a major role in every society, in culture and how people behave in their lives. So, now I have just practically experienced the concept of belief from this Taungthaman field trip. And also, how Taungthaman villagers conform with their beliefs which are passed from one generation to the next.

Soe Win Than further shared that he,

was interested in creating a poem by connecting my previous experiences of visiting U Pein Bridge as an undergraduate student at Yadanabon University and what I learnt in anthropology.

The poem, U Pein Bridge, written by Sow Win Than is as follows:

The approximate translation of the poem, U Pein Bridge, is

Along a bridge which leads to the royal palace

I walked on it in day time in bright light

After passing many bullets of the military government,

I am happy under the banner of fighting peacocks.

Wafts of democracy, I could sense.

Try to escape from the old town Ava to outside

Whether the story of Phoenix is believed or not

I (the Ava) died but my name (teak pillars which came from the old Ava) are still alive.

I dared to participate in important events

But my blackened look, the record is not fragrant 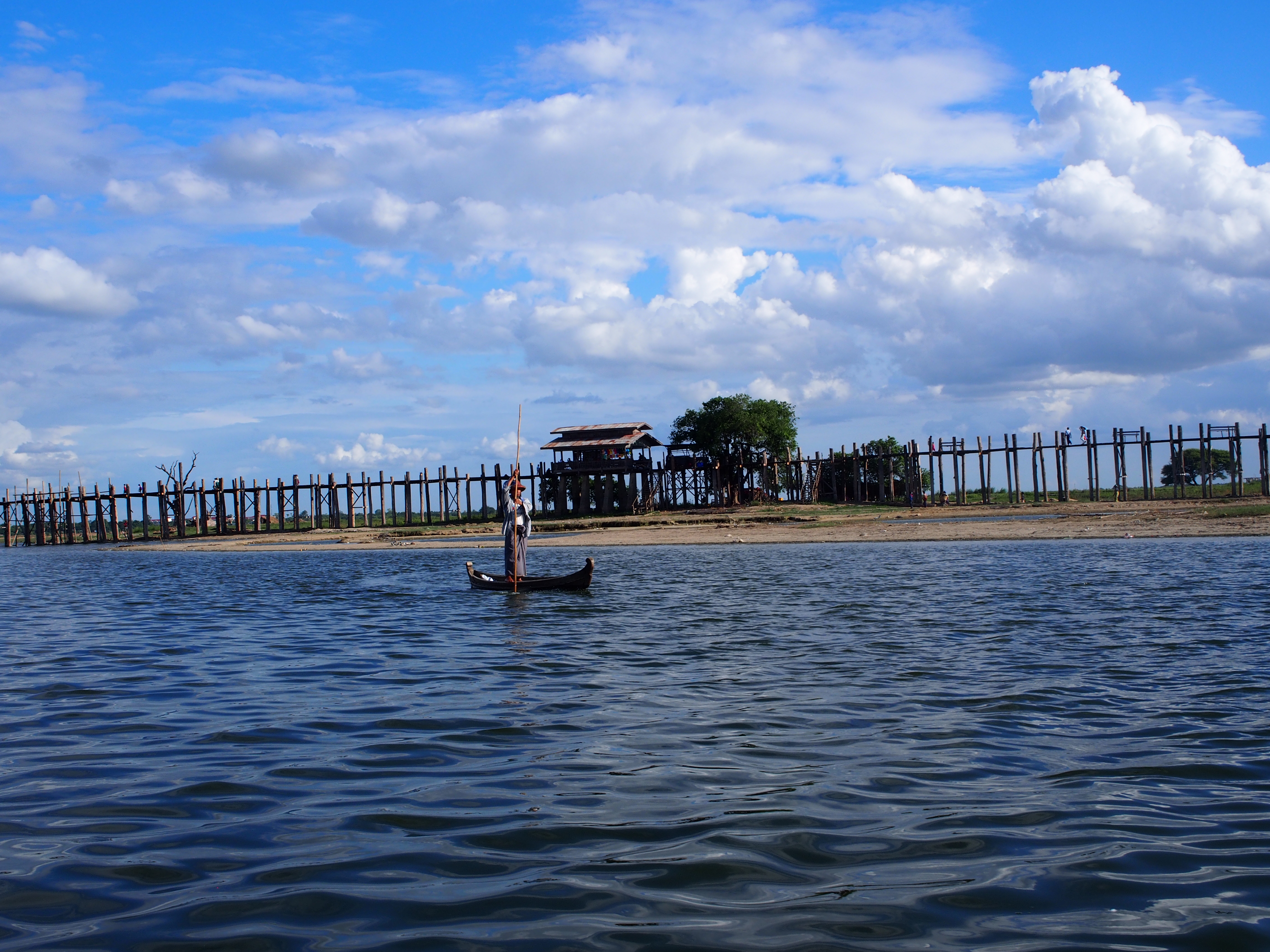 In the poem, U Pein Bridge, Soe Win reflects how the U Pein bridge has witnessed many changes in governments and their form of rules (from military to democratic), and changes in fashions (hairstyles and dresses) and lifestyle. In this period a Burmese, Nan Khin Zay Yar, also won the Miss Universe Myanmar title in 2012. The poem reflects how the teak that was used to make the pillars of the bridge was brought from the old Inn-wa palace, 30 kms away from Mandalay, still survives, like the phoenix while the Inn-wa town was destroyed. And finally, in the last verse, Soe Win reflects that while the U-Pein bridge is a cultural heritage in Myanmar, its founder was a drunkard and a crook with a bad reputation but he wanted the future generations to be generous and philanthropic.

Soe Win connected the poem, U Pein Bridge, the subject of the poem as a witness and anthropology by relating them with,

“Clifford Geertz’s point that symbolic systems are simultaneously ‘model of’ social existence at a given historical moment and also ‘model of’ appropriate action (in current times). After writing the poem, I was able to link the history of U Pein and the feelings connected with it with ideas of Geertz”.

As I read the reflections and spoke to the students, I realised that the students find it easier to understand the concepts and taxonomy related with anthropology when they are encouraged to explore them through field visits and in interaction with the community outside of the university. The students learning is deeper when they experience. In this process the students also learn to ask questions, work in teams and reflect.

The teak pillars of U-Peing Bridge

Dear Zin, This is so revealing! I loved how you and your students have helped articulate how HaB methodologies are not just field work but learning in the company of others - be it with texts or scholars like Geertz, the bridge, fellow students, faculty or one's own thoughts! So thank you so much once again to you and Thidar and the Dept of Anthropology at UM for your creative contribution to HaB!
Thank you Aarti for recognizing my efforts. I could learn MA students' capacity by following the pedagogy of HaB. Without connecting code words of field trip with concept words, I do not think they could submit thesis for MA degree in the academic year. The HaB pedagogy practise the students to think about the way how to connect field data with concepts.