Recently I read an article "Turning the iconic Ghana Must Go bag into high fashion" in In Pictures section of the BBC News. I was struck how a bag can have multiple meanings and become a symbol of migration, identity, mobility as well as stereotyping. I'm familiar with such bags. We also use them in India but even in India not everyone uses such bags. We still have three of these bags. They're fairly sturdy bottomless pits usually with black or red border piping. I must admit that I too have a certain disdain toward these bags. They're not 'cool' but I've also learnt that there are advantages to using them. I've seen them in Old Delhi and at railway stations. I've seen people of certain regions in India use them. However, I doubt whether these bags have many takers among upper classes in urban India.

Do you have any stories or memory related with such woven matted bags? It would be interesting to hear your experiences. 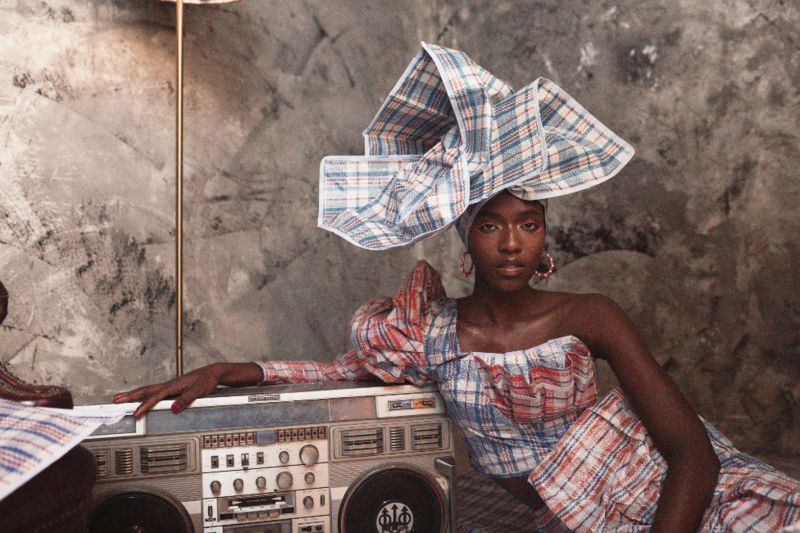 Recognised around the world in either its blue-white and red-white varieties, this once-nameless bag in West Africa has long been especially popular in markets across the region.

But when in the 1980s hundreds of thousands of undocumented immigrants, most of them Ghanaians, hurriedly stuffed their belongings into them after being given short notice to leave Nigeria, it became known as Ghana Must Go. 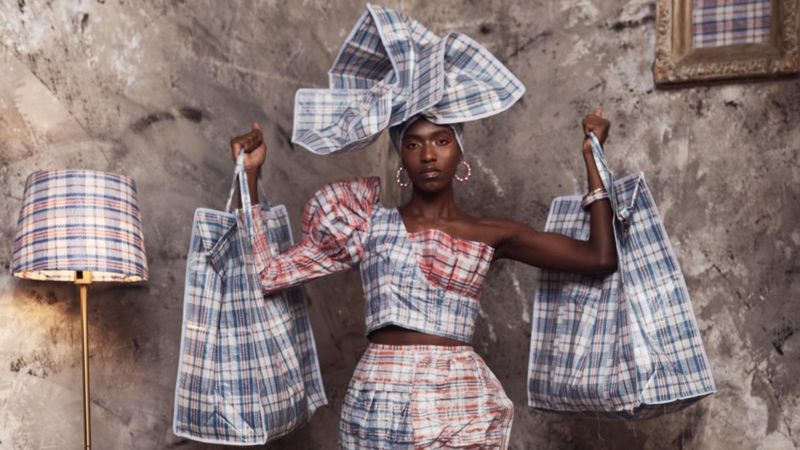 Easily foldable to fit inside the pocket and with an uncanny ability to manufacture an extra inch of space for one more item, the bag was favoured by the desperately departing Ghanaians.

Since then, no-one has asked to be given "that woven matted bag" at the market, they just ask for a Ghana Must Go - a phrase that is also used in Ghana, despite the painful memories it stirs for some.

"I remember questioning my parents and other older relatives about the origin of the bags as I found it to have an interesting name," said Obioma, who is based in New York.

In Anyi N'Aga (Igbo for We Are Going), he reflects on how the bags have transcended their courier status and are used as a personified symbol of migration - "being used to carry not just belongings but also culture, heritage and memories", he said. 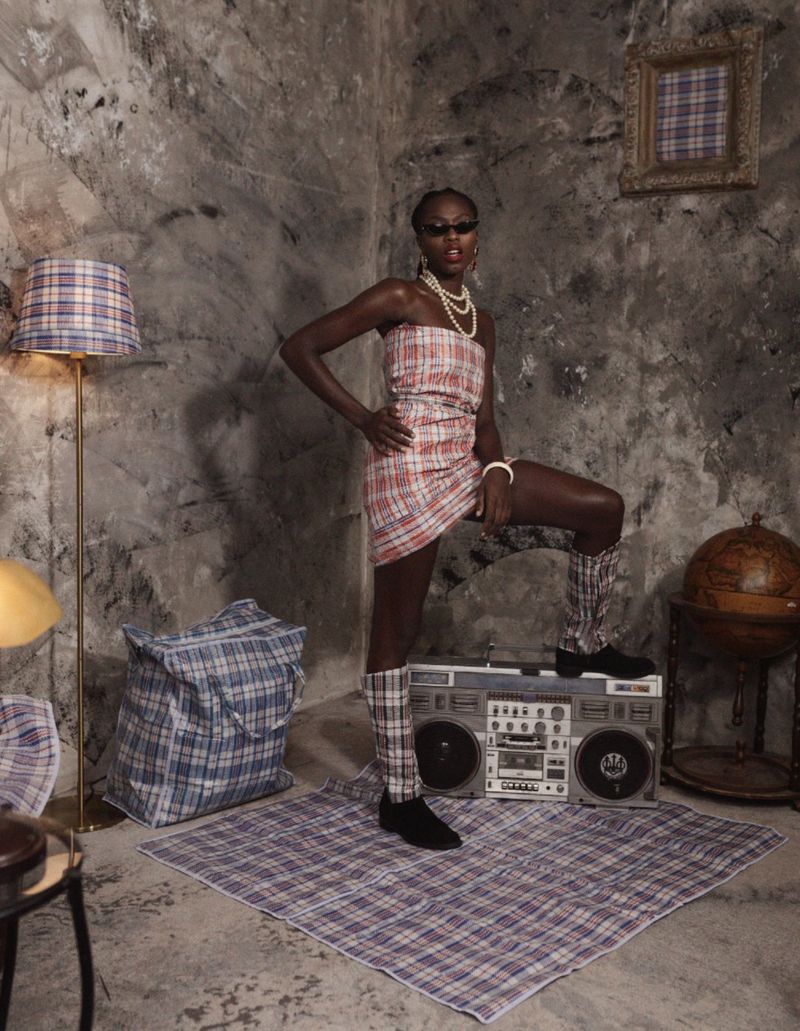 Teaming up with Chioma Obiegbu, a Nigerian visual artist and designer also based in New York and fashion stylist Wuraola Oladapo, they create pieces which Obioma describes as a fusion of both western and African designs.

"In some of the two-piece designs, the top is heavily influenced by western fashion aesthetics while the skirt was designed to mirror a West African wrapper.

"There's also a gele [headpiece] which is traditionally identified as an African fashion statement," he said. 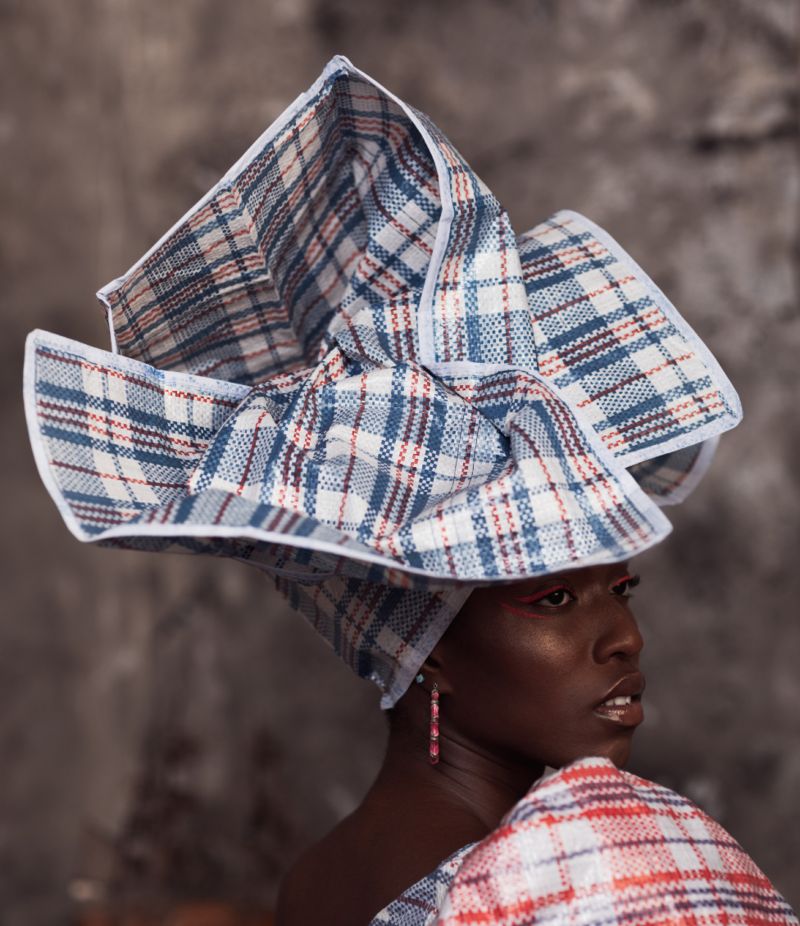 "The bags connote migration not as a word to describe travel but as an actual living thing - with each border crossed - [a migrant] takes something new and leaves something behind," Obioma said.

Born in Nigeria, he was first introduced to photography by his enthusiast father who took pictures at family outings and birthdays.

But it was from his mother that he received his first camera after returning home from schooling in the UK and he credits his style of conceptual, portraiture and narrative photography to those formative years abroad.

"I have found myself using photography to explore the human condition. Particularly issues pertaining to identity, culture and African heritage," he said.

The Ghana Must Go bag has come a long way, including a ban imposed in 2017 by KLM and Air France, who said it could unravel and so clog up baggage delivery systems.

The ban still remains despite protest at the time by Ghana authorities who described it as "not only insulting but smacking of racism and discrimination", given that the bag was commonly used by African travellers.

The bag is also associated in Nigeria with being used by corrupt politicians to carry cash, especially during elections. It has kept this reputation even though many large transactions in the country are now carried out using technology, rather than cash. 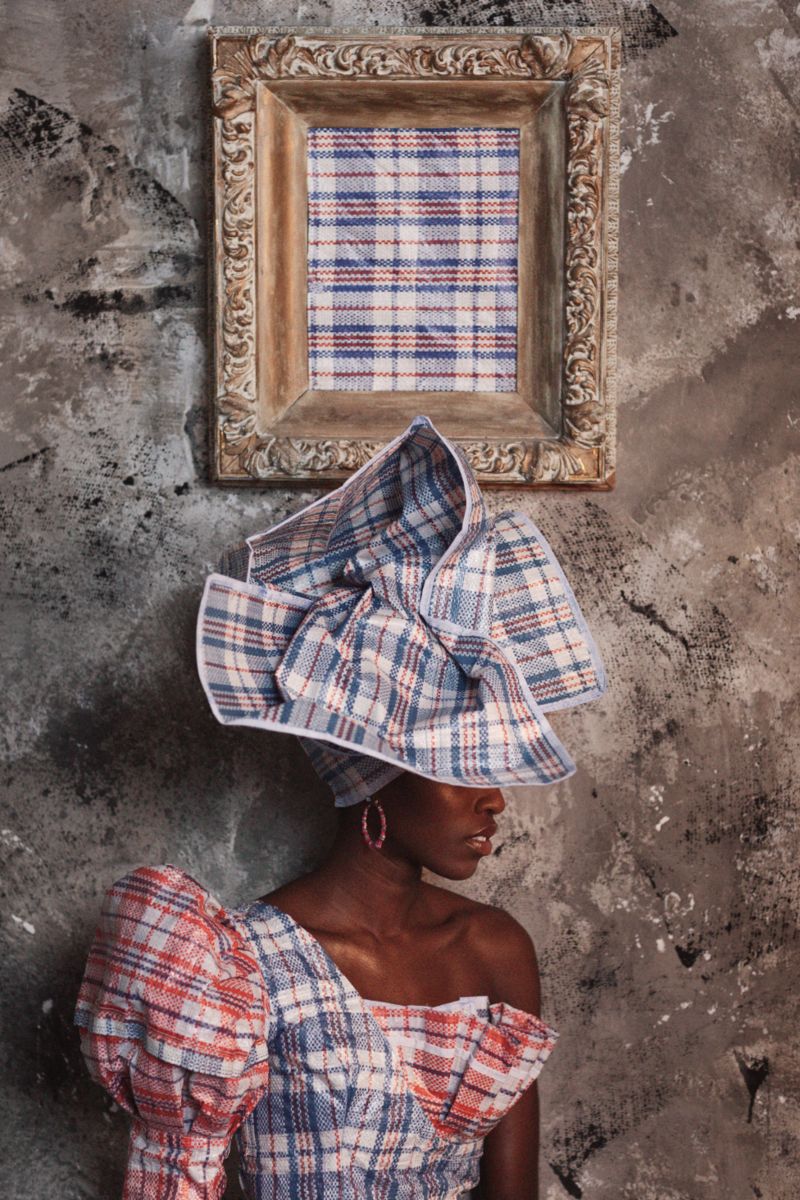 But Ghana Must Go bags are still very popular across West Africa and now come in different sizes and colours, from a yellow tree-patterned one to an ugly but durable grey favoured by traders of second-hand shoes.

They are still cheap and have that seemingly magical ability to manufacture an extra inch of space even when they appear to be completely full.

Obioma however wonders if it is time to drop the Ghana Must Go moniker.

"I believe Ghana Must Go can be categorized as a derogatory slur which of course transcends Ghanaian nationals.

"This begs to ask the question, should the name be changed, or the bags discontinued?" he asked.

To see more images and the original article, visit: https://www.bbc.com/news/world-africa-54871584